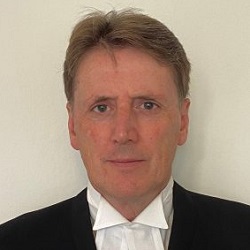 Cotter: Report could reform the litigation experience for LiPs

Alternative dispute resolution (ADR) should be compulsory for claims worth less than £500, the Civil Justice Council (CJC) has said.

The CJC said that if claimants refused to mediate, claims should be stayed for a period and then struck out. If defendants refused, costs sanctions could apply.

The CJC referred to a report written for it by Lady Justice Asplin last summer, which concluded that compulsory ADR was lawful and particularly appropriate where it was free.

In its report, The Resolution of Small Claims, the CJC said compulsory use of the Small Claims Mediation Service (SCMS) for claims worth less than £500, excluding personal injury and housing disrepair, would be “court-sponsored” and therefore costs-neutral for the parties.

It should not be viewed as “too burdensome or disproportionate in terms of costs and time”, and, because it was a telephone service, “should ordinarily cause no difficulties for vulnerable parties”.

The CJC said CPR 27 should be amended to create a “streamlined procedure” for cases worth less than £500, “effectively a track within the small claims track”.

After a defence is filed, attendance at a mediation appointment or some other form of ADR would be compulsory.

Without the consent of the parties, the court could order that the claim was determined by telephone or remote hearing, or by the court on the papers.

Unless otherwise ordered, the final hearing would last no more than an hour and there would be a restricted right of appeal.

If the claimant refused ADR, the claim should be stayed to allow compliance and “thereafter struck out after a set period of time”.

If the defendant refused, there could be costs sanctions, with a “rebuttable presumption that the refusal was unreasonable for the purposes of CPR 27.14(2)(g)”.

The CJC also recommended a specific pre-action protocol for claims of less than £500, highlighting the need for pre-issue ADR, with parties confirming by ticking a box that they had read it.

The CJC said data provided to its small claims working group showed that around 50% of small claims issued between March 2018 and April 2021 were for sums of £500 or less.

For claims of £500 or more, the SCMS would remain available on an opt-out basis. Referring to its interim small claims report published last summer, the CJC said private mediation schemes should be an option and encouraged.

The CJC said Her Majesty’s Courts and Tribunal Service (HMCTS) should continue to investigate other methods of ADR than the SCMS for bulk claims.

Meanwhile, HMCTS should undertake a review of third-party mediation pilots with the aim of making this form of ADR available for all small claims.

The CJC recommended that the current restrictions on the use of preliminary dispute resolution hearings set out in CPR 27.6(1) should be relaxed “to allow their more flexible use” for claims worth £500 or more.

It also said sources of advice and assistance in relation to small claims should be “brought together in a single part of the HMCTS website” and accessible through simple searches.

Mr Justice Cotter, chair of the CJC working party on small claims, commented: “As the large majority of claims issued in the civil courts involve sums less than £10,000, the approach taken to the management and resolution of small claims is of critical importance.

“We believe that the recommendations in this report could reform the litigation experience for litigants in person with modest financial claims, who are by far the largest group of court users, maintain public confidence in the civil justice system and allow limited judicial and administrative resources to be properly focused.”