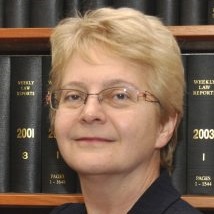 Asplin: Opportunity to initiate a change of culture

Any form of compulsory alternative dispute resolution (ADR) which is “not disproportionately onerous and does not foreclose the parties’ effective access to the court” is lawful, an expert group has concluded.

A report authored for the Civil Justice Council at the request of the Master of the Rolls, Sir Geoffrey Vos, said that so long as there was no obligation on the parties to settle and they remained free to choose to continue their litigation, compulsory ADR was compatible with the right to a fair trial enshrined in article 6 of the European Convention on Human Rights.

They said the “firm views briefly expressed” in the Court of Appeal’s 2004 Halsey ruling – that compulsory mediation was not compatible with article 6 – “have proved to be the beginning of a debate rather than the conclusion”.

They continued: “It is, we think, now accepted that the Strasbourg authority cited in Halsey does not mean that compelling parties to engage in ADR will necessarily violate article 6.

“Moreover, there is a tension between treating an order to mediate as a breach of article 6 but then giving the court power when dealing with costs to penalise a party financially for unreasonably failing to mediate.”

The authors said it would be “helpful” if an appellate court and/or Parliament could address the issue afresh “as soon as possible so that procedural reform can proceed with some certainty”.

In their view, the courts could sanction any failure to comply with an order requiring participation in ADR – ‘no sanction’ compulsory ADR would not work.

“If ADR is no longer ‘alternative’ or external to civil justice, then parties can surely be compelled to participate in ADR as readily as they can be compelled to disclose documents or explain their cases.

“The sanction for failure to participate may be to prevent the claim or defence continuing, either by making the commencement of proceedings conditional on entering ADR, or empowering the court to strike out a claim/defence if a party fails to comply with a compulsory ADR order at a later stage in the proceedings.

“Any strike-out could be set aside if there was a valid reason for non-compliance.”

The report did not make detailed proposals for reform but included three “observations” on the form compulsory ADR might take.

“First, where participation in a suitable and effective form of ADR occasions no expense of time or money by the parties, making it compulsory will not usually be controversial.

“Second, we foresee that greater use of compulsory judge-led ADR processes will prove acceptable, given they are free and appear effective in the contexts in which they are already compulsory.

“Third, compulsory mediation may be considered, provided it is sufficiently regulated and made available where appropriate in short, affordable formats.”

Compulsory ADR, “in appropriate cases and subject to appropriate rules”, would not undermine the primary purpose of the courts in dispensing justice, or their “vital role” as guardians of the rule of law, the report said.

Further, it need not be a disproportionate burden on parties’ time or resources. “At the extreme, consider an online process that simply prompted the party at an appropriate stage or stages, to consider settlement and consider making a blind bid or communicating an offer to the other side.

“It might also extend to suggestions made by the case officer or the supervising judge at later stages. Those could be compulsory: the party would have to address those questions before they could continue with the claim or to defend it.

“However, the time spent will be minimal and the costs burden almost nil.”

The report stressed that the existing “nudges and prompts” in the courts that lead parties towards ADR “still have a significant role to play”, while “outside the court system there is plainly a need for significant public legal education about ADR, however elusive that goal can sometimes seem”.

Lady Justice Asplin, said: “Our conclusions place another useful and powerful tool in the box. They also provide the opportunity to initiate a change of culture in relation to dispute resolution which will benefit all concerned.”

In response to the report, Sir Geoffrey said: “As I have said before, ADR should no longer be viewed as ‘alternative’ but as an integral part of the dispute resolution process; that process should focus on ‘resolution’ rather than ‘dispute’. This report opens the door to a significant shift towards earlier resolution.”