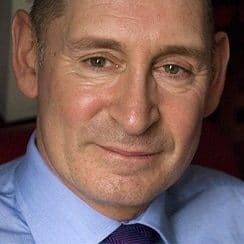 Etherton: OCMC will be a success and a great improvement

Technology allowing litigants to run a civil money claim online from beginning to end should be in place to pilot by this time next year, with nearly 70,000 having already used the more limited version available now, the Master of the Rolls has revealed.

Sir Terence Etherton expressed his confidence that the online civil money claims (OCMC) project would deliver access to justice “for many tens of thousands of people”.

Digitisation of dispute resolution in civil is focused on the OCMC, which is currently limited to claims for a specified sum of less than £10,000.

The plan is to increase this eventually to the fast-track limit of £25,000 – which would cover 93% of all money claims allocated to a track.

Certain claims are excluded, such as personal injury and certain consumer credit cases.

The OCMC went into public beta testing in March 2018 for litigants in person (LiPs). It will be extended to professional court users “in due course”.

A recent development has been to allow defendants to admit claims in whole or in part. There have been 835 admissions online, as well as 668 offers to settle, with 223 standard settlement agreement completed online too.

Where there is also a request for time for payment, the system gathers the evidence and calculates a repayment schedule.

The IT system will cater for a request for a stay to negotiate or mediate, and point litigants towards mediation facilities.

If the case is defended and is not settled, it currently falls outside the pilot and proceeds in the usual way from the courts service’s Northampton Business Centre.

Sir Terence said: “When OCMC is in full operation, there will be an online end to end process. This means that, in addition to the filing online of claim and defence, the directions questionnaires will be completed online, the order giving management directions will be online, the parties will upload their evidence online in accordance with the timetable and deadline specified online, and, following a determination on the merits – which may be online or not according to circumstances to be determined – an order will be generated online.

“It is currently contemplated that the end to end process in the public beta pilot will be completed by June 2020.”

In the meantime, the next steps will be online directions questionnaires, opt-out mediation – by way of referral to the existing telephone-based small claims mediation service – and legal advisers giving case management directions in claims under £300 for pilot courts in Manchester, Birmingham, and two London courts, Edmonton and Clerkenwell & Shoreditch.

After that, the pilot will cater for online upload of evidence and for determination on the evidence online, without an oral hearing, for claims under £300 for the four pilot courts.

Sir Terence said he hoped the mediation element would be “translated in due course into a full online mediation process”.

In time, the existing Money Claims Online system which operates out of Northampton, and is limited to online filing, will be closed down.

Sir Terence described drafting rules alongside the development of the IT as “a difficult iterative process”, and one that has required “a very considerable judicial resource”.

He said this was why he recently set up the judicial digital steering committee – chaired by Mr Justice Birss, with His Honour Judge Chris Lethem as vice-chair – along with two other circuit judges, a Queen’s Bench master and five district judges.

“The overall purpose of the committee is to provide judicial leadership for the digital aspects of the reform programme in the civil jurisdiction.”

One issue yet to be decided is how to decide what needs only to be approved and formally recorded as an IT specification and what needs to be formulated as a rule.

Sir Terence concluded: “Looking at digital court processes in other jurisdictions, notably Canada, the US and Australia, one of the clear lessons is that we must be careful not to be overly ambitious but to proceed cautiously and incrementally, testing the functioning of the system at each stage. This is what has been done and will continue for OCMC.

“While we must ensure that that those who do not wish to use, or cannot use, the online process are not disadvantaged, I have every reason to believe that OCMC will be a success and a great improvement to access to justice for the many tens of thousands of people with small or modest money claims and for those with limited resources.”