Complaints about CMCs hit 9,000 after only six months, LeO says 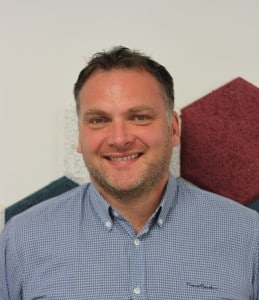 The number of complaints about claims management companies (CMCs) received by the Legal Ombudsman (LeO) in the first six months of this year has hit almost 9,000 – a far higher amount than expected.

LeO took over responsibility for CMC complaints in January this year from the Ministry of Justice’s Claims Management Regulator. In its last full year, from April 2013 to March 2014, the regulator received 8,500 complaints.

However, of the 9,000 complaints or ‘contacts’, LeO only accepted 648 for investigation – a much lower number than expected.

In a report on its first six months as the complaints handler for CMCs, LeO said 88% of complaints were about PPI, and 6% about other financial services.

A spokesman for LeO said of the rest, 4% were about personal injury, 1% employment and the remaining 1% other matters.

Of the 478 cases LeO resolved, more than half (53%) required a remedy for the consumer. In a third of them, the company was required either to limit or waive fees, or to pay compensation, with the average amount being £650.

Around a quarter of complaints were about delays in progressing claims or a failure to progress them at all, with a further 10% being about failure to provide adequate advice.

Simon Tunnicliffe, head of CMC complaints at LeO, said: “Our evidence shows that a number of complaints to CMCs and our scheme are being driven by genuine customer concerns regarding poor costs information and questionable levels of service, particularly involving delays and failing to progress claims.

“The case studies demonstrate how frustrating and time-consuming poor service can be for the people it affects. They also support the case for an improved approach to complaint handling within companies’ own customer service teams.

“There are obviously lessons to be learned for the claims industry. For instance, CMCs should be clear about cost information and cancellation fees and only complete work that is essential and necessary to progress a claim.

“They should be aware of industry deadlines and factors that affect a customer’s claim. They should also ensure that claims are followed up at key dates in the claims process.”

Andy Cullwick, head of marketing at leading personal injury CMC First4Lawyers, said it was clear that “more work needs to be done, and urgently, to clean up” some of those operating in the financial products market.

“But as a regulated CMC that has nothing to do with that market, it is annoying that they are dragging the rest of us down.

“Just this week we saw the Association of British Insurers hitting personal injury CMCs with a stick made of other figures that also mainly reflect the activities of financial CMCs. It is no surprise that they did not stop to make the distinction; it yet again demonstrates that insurers’ priority is to make it harder for people to claim by trying to discredit those who help them access the justice system in the first place.”