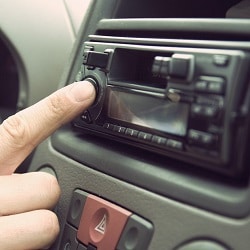 Radio: Advert did not breach code

A Merseyside law firm has been cleared of breaking Advertising Standards Authority (ASA) rules with a radio advert that highlighted the fear of “a social worker at your door to take your child”.

The ASA acknowledged that the advert from Bootle firm James Murray Solicitors “might make some people feel uncomfortable” but ruled that it was not likely to cause “unjustifiable distress”.

The advert ran: “I’m James Murray. And what’s more frightening than a social worker at your door to take your child. The kids are screaming, your head’s banging. Ring James Murray Solicitors, you need a friend, someone to speak up for you, a tough lawyer. A James Murray, legal fighter in court, championing your case. And don’t worry, legal aid is always available.”

The complainant, who worked in children’s safeguarding and believed that the advert portrayed social workers as being intent on taking children away from their families, challenged whether it distressed the audience without justifiable reason and was irresponsible.

The law firm told the ASA that the intention was to make parents aware that they could seek legal help and obtain financial assistance through legal aid if their children were removed from their care, and that “frightening” referred to the prospect of parents being separated from their children, not the behaviour of social workers.

It pointed to data from the charity Family Rights Group that showed 32,000 children were taken away by social workers in 2019.

Further, it said, Mr Murray himself had significant past experience as a social worker in a deprived area of Merseyside and knew that parents in such situations were invariably frightened and not always aware of the legal help available to them.

The solicitors said it was the first complaint in several years of running the advert.

Radiocentre, the industry body for commercial radio that clears advert, backed the law firm’s stance, arguing that the language used was not likely to undermine public trust in social workers.

The ASA ruled: “We noted that the advert took a strong creative approach, describing the ‘frightening’ sudden arrival of a social worker and that the voiceover placed a strong emphasis on them being at ‘your door’ to take ‘your child’.

“However, we considered that description was likely to be interpreted as a realistic portrayal of how someone might feel in the circumstances of having their child removed from their care and was therefore proportionate to the seriousness of the scenario.”

The regulator noted that the advert focused only on how the adult might feel and did not, for example, feature children’s voices.

“While we acknowledged that the way the scenario was presented might make some people feel uncomfortable we did not consider that it was likely to cause unjustifiable distress.”

The ASA concluded that the advert was not in breach of the rules on social responsibility, and harm and offence.