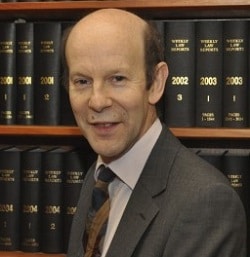 The president of the Competition Appeal Tribunal (CAT) has reproached the Law Society for a “deeply unimpressive” explanation of its failure to disclose all the documents it should have done in the Socrates case.

It is the second time that the society’s conduct of the case – which led to last month’s ruling that it abused its dominant position – has been singled out for criticism by Mr Justice Roth.

The comments came in the costs judgment, although the tribunal found that the failure was not so severe as to warrant an order of indemnity costs.

We reported on Monday on the tribunal’s order that the society should pay Socrates’ costs of up to the approved budget of £230,000, subject to assessment on the standard basis, if not agreed.

The costs ruling, also published this week, showed that Socrates argued that the tribunal should award indemnity costs, which would have removed the budget cap.

The strongest argument, according to Roth J, was over the Law Society’s failure to disclose the business case for the Conveyancing Quality Scheme and related management board minutes from 2010.

The documents came to light primarily as a result of questioning from one of the tribunal members during the trial and were only disclosed after the hearing.

Last July, the society was ordered to disclose “all policy documents and business plans relating to the inception of the CQS” in so far as it came across them while preparing its witness statement evidence.

Three months later, it told the claimant that “all minutes relevant to the inception of the CQS have already been disclosed to you”.

The society told the tribunal that in preparing the evidence, the 2010 business case “was not identified or relied upon, and as such, it was not disclosed”.

Roth J said: “We have to say that that explanation is not merely regrettable, as [counsel for the Law Society] accepted, but deeply unimpressive.

“We do not think that the failure to disclose these documents is explicable by the fact that this was a fast-track procedure. Although the Law Society was not technically in breach of the tribunal’s order, these documents clearly should have been identified.

“The Law Society disclosed, and its witness, Mr Smithers, indeed relied on, the minutes of the membership board of 19 October 2010. Those minutes state at para 33.1 under the heading ‘CQS Update’, the following: ‘The business case for the CQS would be submitted to the management board on 20 October… for approval.’

“It seems to us that any proper reading of that document would have taken the reader to the minutes of the management board, as there identified, and to the business case, as there expressly referred to.”

The result of the failure was that former president Jonathan Smithers could not be cross-examined on the business case, “as he no doubt otherwise would have been, and we had brief written submissions on it from both sides after the trial was over”.

But Roth J continued: “However, although very unfortunate and, as I said, unimpressive, we do not think that this is so serious as to take the case out of the norm and justify any order of indemnity costs.

“It is a very extreme step to displace the normal requirement that the recoverable costs should be limited to what is proportionate, and this is just one particular, limited incident in the course of proceedings that, although under the fast-track procedure, nonetheless involved disclosure of a substantial number of documents.”

The tribunal also decided against making a costs order over and above the budget. Had the business case been disclosed when it should have been, the work done by the claimant after trial would have been done in the preparation for trial, it concluded.

In the main judgment, the tribunal criticised the figures provided by the society to claim that CQS was loss-making overall and subsidised by practising certificate income, which it emerged were “materially understated”.

The tribunal said: “We are bound to record that it is disappointing, to say the least, that the Law Society produced a schedule of figures in purported compliance with the tribunal’s orders which was wholly unsatisfactory.”

But in the costs judgment, Roth J described this as “sloppy, rather than wilfully misleading, and certainly does not justify taking the case out of the norm so as to entitle Socrates to indemnity costs”.

During the costs hearing, Socrates counsel, Philip Woolfe, argued that the society had treated the company “as a troublemaker from the start, and [dealt] with the case on that basis rather than engaging with the merits of it”.

He explained: “When the claim was intimated, they did not instruct a competition specialist to begin with, they sent the case off to Mills & Reeve in Birmingham. With no disrespect to Mills & Reeve, it was not their competition department who was dealing with it.

“From the time the claim was first intimated, which I think was on 11th January, the first substantive response that Socrates received was when the defence was served in mid-May.

“That was after the Law Society, having instructed competition specialists late in the day [City giant Norton Rose Fulbright], applied for a further four-week extension. That was a very, very long period with no substantive response.”