Competition hots up to become standard software for in-house teams 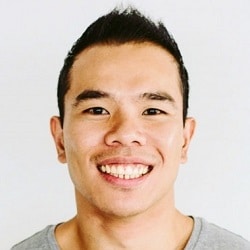 Ong: Aiming to be Google for law

A software platform aimed at bringing together the various apps used by corporate legal teams is launched today, intensifying competition to develop the ‘go to’ technology for in-house lawyers.

Meanwhile, another product aimed at the same market, due to be launched in April, has announced completion of a further funding round, bringing the total raised to a $25m (£18m).

The latest platform, LegalEye, a platform devised by LawAdvisor, a company backed by the founder of Google Maps, Lars Rasmussen, has benefited from the close involvement of Barclays and various of its big panel law firms.

Its ambition is to “become a kind of ‘Google for law’ that brings law firms and in-house legal departments together into an “ecosystem for sharing, collaboration, insights and diversity”.

One eye-catching claim its developers made was that by using the platform legal teams could save 40-60% of the time they currently spent on managing tenders, depending on the complexity of the matter.

Its founder and chief executive, Brennan Ong, described the product as an “aggregator” of various different products already commonly used by legal teams.

So far it has signed up 13 of the Barclays panel firms, with a steering group including the likes of Bird & Bird, Simmons & Simmons, Allen & Overy and Ashurst.

Bird & Bird said it was using the technology “to service multi-jurisdictional patent litigation”.

According to a LawAdvisor statement, LegalEye “enables in-house teams and law firms to better track and manage their interactions, derive actionable insights from upcoming and existing engagements, and facilitate better knowledge sharing within the industry.”

A further product launched this week by the company was Fibonacci, “a no-code legal project and matter management system that provides in-house counsel and law firms with the tools to execute of all kinds of legal matters, projects and transactions”.

Mr Ong told Legal Futures LegalEye was a “management engagement system” and said the company was working with a number of different software providers, including those specialising in artificial intelligence,  to integrate their own solutions into the platform.

He said they had created the steering group because LawAdvisor wanted to work with a number of different areas of law.

David Kerr, Bird & Bird’s chief executive, said: “The legal sector has been crying out for new technology solutions that are both effective and not proprietary to any one firm. That’s exactly what LawAdvisor has built.

“They have a clear vision of how technology can transform the way we practice law, and crucially the legal and software expertise to realise that vision.”

Separately, another product aimed to help corporate lawyers collaborate, whose “open industry platform… brings together all of the people, conversations, documents and data for legal matters in one place”, has announced a $14m funding round in advance of its launch this year, bringing its total funding to over $25m.

Lupl, which uses ‘bring your own system’ open architecture that accommodates the tools already in use by lawyers, aims to synchronise all parts of the legal matter.

It is being incubated by international law firms including CMS. Its wider testing group includes Slaughter and May and One Essex Court chambers.

The unusually well-funded start-up has been in development since March 2020 and said it was on track for public release beginning in April.

There is big money going into technology for in-house teams. Reynen Court, founded in 2018 with the support of a consortium of 19 global law firms, has launched a platform akin to an app store for legal technology.