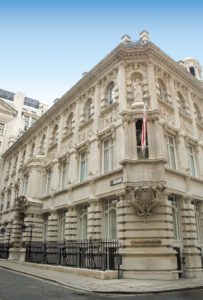 Accountants are set to enjoy the right to handle litigation, advocacy and legal instruments in taxation work after the Legal Services Board (LSB) approved an application by the Institute of Chartered Accountants in England and Wales (ICAEW).

Its recommendation will now go to the Lord Chancellor for approval, even though the Lord Chief Justice, Lord Thomas, was opposed to such a broad expansion of the ICAEW’s powers.

The LSB said there were “effective controls and mitigations to address the significant issues raised by the LCJ”.

The ICAEW is already an approved regulator and licensing authority (of alternative business structures) for reserved probate work. It currently regulates 287 firms for probate, of which 190 are ABSs, making it the second largest licensor of ABSs after the Solicitors Regulation Authority.

Duncan Wiggetts, the ICAEW’s executive director of professional standards, said: “Today’s recommendation by the LSB is a positive step for consumers looking for reserved legal services who want to use appropriately qualified ICAEW chartered accountants firms as an alternative to traditional providers.

“The LSB’s decision is evidence of the role that it is playing in transforming the provision of legal services and giving more choice to the consumer.”

The oversight regulator has taken 11 months to decide on the ICAEW’s application to regulate the other five reserved activities – litigation, rights of audience and legal instruments just for taxation services, and full rights to handle notarial activities and administer oaths.

As a statutory consultee for such applications, the Lord Chief Justice outlined his “strong opposition” to accountants handling tax litigation and advocacy work, describing the ICAEW’s application as “entirely premature”.

He was concerned that regulatory competition could have a negative effect on standards and that “shopping around” for the least restrictive regulatory framework should be avoided. But in its decision notice, the LSB noted such activity has to date been “generally limited” and hardly any in relation to ICAEW.

Further, it concluded that the limitation in some activities to taxation-related matters “is likely to discourage firms from switching to ICAEW”.

The LCJ was also concerned with maintaining standards of conduct and ethics in the courts and tribunals.

The LSB said: “Currently ICAEW members can represent clients before the tax tribunals of the General Regulatory Chamber and provide expert litigation support to solicitors relating to both civil and criminal actions. There is no evidence that conduct and ethics have been raised as issues of concern.

“Widening the scope of ICAEW regulation to include conduct of litigation and rights of audience does change the risk.

“However, the board considered that the risk can be effectively mitigated since, at least at the outset, all individuals within ICAEW-regulated firms delivering these activities will be subject to the professional conduct standards of their individual regulator.”

Any potential for regulatory confusion would be met by a rule allowing the ICAEW to take action against both the entity and the individual (who will be an affiliate member of ICAEW) in the event that there is a breach of ICAEW regulations.

Any breach that might amount to professional misconduct could be referred to the relevant individual regulator.

One of the Law Society’s key objections has been that the ICAEW has not separated regulation and representation in the same way as the legal regulators have been required to do by the LSB’s internal governance rules.

But the LSB has decided that the ICAEW is not an “applicable approved regulator” that has to comply fully with the rules because its primary function, and that of those it regulates, is not legal services.

It added: “The board is satisfied that the arrangements for the proposed Legal Services Committee will allow it to exercise the regulatory functions in a way that is not prejudiced by the ICAEW representative functions.”

The committee will have at least 12 members, split equally between lay and non-lay members, and a lay chair who will have a casting vote.