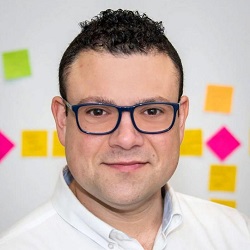 Levy: Trust is an issue

The chief executive of a new comparison website for small businesses, run by non-lawyers but backed by a senior City partner, has said the solution to the problem of unmet need is to provide a “human hand to hold” as well as technology.

Dror Levy, CEO of LegalDrop, said he was motivated partly by his frustration in not being able to find a lawyer who would quote a fixed fee when he was running a legal information company.

Mr Levy said he was chief executive of the Global Legal Group, with 10,000 lawyers in its network, when he encountered a legal problem and needed help.

Mr Levy then referred the problem to his personal MBA network to find out their experiences of using lawyers.

“The overwhelming constant was that business owners were faced by lawyers with unknown amounts of work and uncertainty.”

The start-up, based in Hove, has five full-time staff and seven part-time, with three more full-time workers being recruited.

The company is mainly self-funded, with non-executive director Nish Shetty, partner and head of litigation and dispute resolution (Asia-Pacific) at Clifford Chance, a major investor. The company aims to hold an external funding round later this year.

Like consumer comparison websites such as Checkatrade, the lawyers on LegalDrop are vetted before being featured on the site. They commit to offering fixed fees for certain defined tasks.

Mr Levy said there were up to 40 lawyers on the latest version of the site, with around 20 on a waiting list. He did not want to increase the number until the amount of traffic increased, because it was important that each of them had enough work.

Many of the services provided so far by LegalDrop were in areas such as shareholders’ agreements, terms and conditions, employment contracts, supplier contracts and website privacy policies.

“We’ve helped quite a few start-ups with their fund raising. Sometimes they’ve had bad experiences with self-service platforms and need a human hand to hold.”

LegalDrop generates income by charging lawyers a commission on work received. By next year, the company aimed to replace this with a subscription.

Mr Levy said his first task at the start-up was a six-month period of “in-depth and intensive” research with buyers and providers – not just in the UK, but globally. This confirmed his belief that there was a gap in the market in terms of legal services for SMEs.

He said the problem with lawyer-matching services was that it was difficult for SMEs to trust that lawyers were chosen as “the best fit” rather than because of their commercial links with platforms.

“We don’t tell the customer how to buy. We’ve observed how they want to buy. People don’t go to a particular insurance company, they go to comparethemarket. This is how small businesses want to buy.

“Our aim is to educate SMEs a little bit. Sometimes they might not need a lawyer, but other times they will. Fixing the problem of unmet need is about making it less scary to reach out to lawyers in the first place.

“The problem is clear, the market is big and the opportunity is vast. So far the market says what we are doing is working. We need to scale it up.”