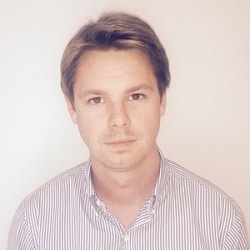 A legal comparison website has gone live with its bespoke platform with the demand for such services in flux.

The relaunch of MyLegalAdviser comes in the wake of The Law Superstore being sold last month to Reallymoving.

It is the brainchild of Alex Boothman, a one-time private client solicitor at Berkeley Law, which is now part of Irwin Mitchell.

He said the investment by Reallymoving “could help raise expectations” of what comparison websites might offer law firms.

MyLegalAdviser has around 200 solicitors signed up to it. Users enter details of their case, which are then sent to the panel. Interested lawyers have 24 hours to ask any questions and submit a quote.

The client is then provided with a shortlist of up to three of those who did do: the lowest quote, the quote from the lawyer rated best by other users, and the first lawyer to respond to the request.

They are also told how many quotes were sent, along with the highest, lowest and average figures.

If the client decides to go with one them, the retainer is arranged through the site, which takes a 10% cut from the fee.

Mr Boothman said the underlying algorithm was programmed to favour fixed fees over hourly rates, while any lawyer who does not stick to their quote gets a bad review, with a knock-on impact on their overall rating and then their ability to get on the shortlist.

He said it was important for consumers to have “an element of price comparison” but argued that MyLegalAdviser put other considerations before them too.

This was why MyLegalAdviser aimed to be a “mid-market” brand aimed at “reasonably sophisticated users”. The total value of enquiries to date was around £750,000 and Mr Boothman said “a good proportion” were converted.

He added future plans for the site included doing due diligence on the client as part of the process.