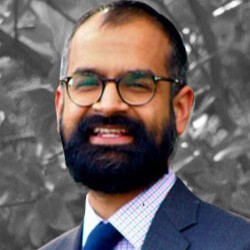 A company providing transport and other services to children in care has set up an alternative business structure to offer them legal services relating to issues involving family law, crime, housing and potentially immigration.

Serenity Welfare delivers “comprehensive and bespoke” support packages for children and young people in the care of local authorities.

Mr Chaudhery said the way SLS developed would depend partly on winning family and crime legal aid contracts, but “the client comes first, not the finance”.

The firm is based at Serenity Welfare’s HQ in Broxbourne, Hertfordshire, where it could use offices which were “rent-free, for the time being”. Emily Aklan, chief executive of Serenity Welfare, is the other director of SLS.

Mr Chaudhery was originally a barrister’s clerk before training as a solicitor. During a six-month seat in family law, he witnessed the impact of care proceedings. “It was heartbreaking to see young people taken away from their families. It is such a broken system that care should always be the last resort.”

He went on to set up a dispute resolution department at a law firm in Worthing, where Serenity Welfare was a client.

“While helping Emily with legal issues, we found every now and then that young people needed representation and advocacy, and I would pass on referrals.

“When I was looking for a new endeavour, she proposed that I come and work in-house at Serenity and set up a law firm that would provide advocacy and legal services for children in care.”

SLS was granted an ABS licence from the Solicitors Regulation Authority earlier this year, with Mr Chaudhery as head of legal practice and of finance and administration.

The solicitor said he had one paralegal working for him, and the aim was to appoint two more solicitors in crime and family, if legal aid contracts in those areas could be secured.

In the meantime, he referred cases to other law firms, with a “potential collaboration” being discussed with one that specialised in cases involving children.

Mr Chaudhery said he was also working on a dispute resolution case for an existing adult client. “We don’t want to exclude anyone who requires help, as long as we are able to assist.”

It might be possible in the future to combine the provision of legal services in crime, for example, with other Serenity services such as mentoring and boxing, music or drama therapy.

Housing was another area in which SLS could get involved as an advocate, helping to find children better accommodation than what they had been allocated, often on a “last minute” basis.

Immigration work was also a possibility, where there was a need to help child asylum seekers.

“Our focus will be on the clients’ needs, with the finances secondary, as long as we cover our overheads. We have the same ethos as Serenity Welfare.”