Company set up by solicitor can be victim of age discrimination, says EAT in “hugely significant” ruling 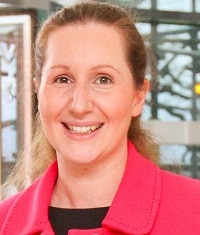 Brook: ruling could pave way for other corporate bodies to bring claims

A company set up by a senior solicitor to be a member of his firm’s limited liability partnership (LLP) can be the victim of age discrimination, the president of the Employment Appeal Tribunal (EAT) has ruled.

Claire Brook, employment partner at Aaron & Partners, who represented Garry Abrams, described the ruling as “hugely significant” because it meant that companies, as well as individuals, could issue claims for discrimination.

Langstaff J said that “the thrust of anti-discrimination legislation is always likely to be focused upon an individual and his or her reaction to the insult that discriminatory treatment gives”.

However, he said the question was whether or not others, such as corporations, had the right to complain that they had suffered detriment because of the way individuals had been treated.

“It seems to me that there are any number of examples that may be given of treatment which comes within the scope of this question that is plainly contrary to public policy.

“Examples might be a company being shunned commercially because it is seen to employ a Jewish or ethnic workforce; a company that loses a contract or suffers a detriment because of pursing an avowedly Roman Catholic ethic; one that suffered treatment because of its financial support for the Conservative Party or, say, for Islamic education; or one that was deliberately not favoured because it offered employment opportunities to those who had specific disabilities that were unattractive to some would-be contractors or because, let us suppose, of the openly gay stance of a chief executive.”

Langstaff LJ said they were all examples of the way in which one person, “natural or legal”, may suffer because of the protected characteristic of another.

Delivering judgment in EAD Solicitors v Abrams [2015] UKEAT 0054_15_0506, the president of the EAT explained that Mr Abrams, who was due to retire from the firm at 62, set up a limited company as he approached retirement for tax reasons.

Mr Abrams then withdrew from membership of the LLP, with the company – of which he was the sole shareholder – taking his place and agreeing to supply the services of “an appropriate fee-earner” to the LLP in return for the profit share.

Langstaff J said that under the Limited Liability Partnership Act 2000, a corporate body could be a member of an LLP, a principle which was “well established” before the Equality Act was drafted.

He said EAD Solicitors objected to the company continuing to be a member of the law firm once Mr Abrams had reached the age at which, “had he then been a member of the LLP in his own right”, he would retire.

“The parties are, I understand, in dispute as to whether [the company] continues to be a member or whether it has suffered any other detriment by reason of the age of Mr Abrams.

“For the purposes of this decision I shall assume this to be so, but it is important to state that it has not yet been determined and it may be no easy matter to do so.”

Ms Brook said the ruling was “believed to be the first discrimination case brought by a company” and could pave the way for corporate bodies to bring future discrimination claims in the employment tribunal.

“It could also mean that claims in the civil courts for refusal to supply or purchase goods or services (or only doing so on disadvantageous terms) because of the age, ethnicity, gender, sexual orientation, religion or belief of the people who run the aggrieved company, could be upheld.”

Paul Bennett, fellow partner at Aaron & Partners, added: “The judgment that has been handed down confirms that the protections that should be available to partners at law firms remain available, irrespective of the structure that is selected for their membership.”

A spokesman for EAD Solicitors declined to comment as the case had been referred back to the employment tribunal. A hearing is expected later this year.