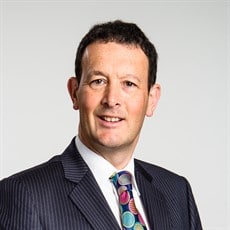 Brown: We want to diversify into additional areas of law

A team of 11 partners and 22 other commercial lawyers has left troubled Slater & Gordon for BLM as it looks to expand further beyond its core insurance law specialism.

The move is a clear sign too that Slater & Gordon is focusing its efforts on consumer law in the wake of last month’s announcement that its UK arm was being spun off into a separate business [1].

Four of the lawyers have been charged with setting up a business advisory offering for BLM, to include company and corporate law, intellectual property, and information and communication technology.

The group is also made up of 15 non-contentious commercial property lawyers, along with four employment and 10 commercial litigation lawyers, all of whom add to BLM’s existing teams.

They will form a commercial advisory business stream at BLM, which will be headed by new partner Stephen Lintott across both the Manchester and London offices.

BLM senior partner Mike Brown said: “This is an exciting step for BLM as we continue to broaden our offering. We’ve made no secret of the fact that we want to diversify into additional areas of law which complement our core insurance offering.

“Part of our strategy is to expand the range of services that we can offer to our customers. Therefore, being joined by the new team is entirely in line with that strategy. We’re excited to be able to offer new services to our existing clients, as well as seek opportunities to develop some completely new clients.”

Mr Brown said the two firms have been in discussions “for quite some time”.

He continued: “We knew they were making plans to restructure their business to focus on core consumer services and we were seriously exploring our diversification strategy. It is a logical move for both businesses. The Slater & Gordon team wanted to move to us and we are delighted they chose to do so, we’re really looking forward to the team joining us.”

Meanwhile, a group of internal shareholders at AIM-listed law firm Gateley have sold £10m worth of shares.

The company announced today that 6.6m shares – 6.21% of Gateley’s issued share capital – had been sold at a price of £1.50 per share mainly to new and existing institutional shareholders, but also 308,000 to Gateley employees.

It increases the free float of the company from 34% to 40.3%; at the time of listing in June 2015, 30% of shares were held outside of internal shareholders.

The partners at the time of the float voluntarily entered into five-year lock-in agreements with the company which permitted them to dispose up to 10% of their interest in any 12-month period after the first anniversary of admission.