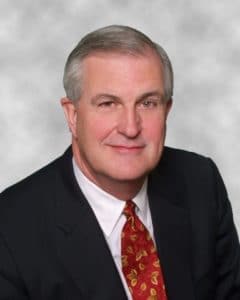 Commercial law firms need to adopt a “redesigned approach to legal services”, including “paraprofessionals, technologists, information specialists, process managers and others” as well as lawyers, a major report has argued.

Such a shift was needed against a background that included clients no longer being willing to “foot the bill for what they regard as the ‘learning curve’ of young lawyers”.

The comments came in the annual Report on the state of the legal market in the US by Georgetown University’s Center for the Study of the Legal Profession and Thomson Reuters Legal Executive Institute, but have clear relevance to major law firms in the UK too.

The report called for “a broader reimagining of the overall model for legal service delivery, one that includes paraprofessionals, technologists, information specialists, process managers, and others – in addition to lawyers – as part of an integrated system for the delivery of legal services.

“This is the model that has evolved in medicine, also driven by the dual objectives of improving outcomes and quality of service while reducing costs.

“Such a redesigned approach to legal services – combined with a pricing model based on outcomes (results) rather than inputs (recorded time) – could significantly improve both the competitiveness and profitability of those law firms willing to take these issues seriously.”

The report concluded that successful law firms of the future would not be the strongest, largest or smartest but the most adaptable.

“Those firms that are able to adjust to the new market realities, not by putting Band-aids on the old models, but rather by engaging in a thoughtful review and (where necessary) redesign of their approaches to client service, pricing, legal work processes, talent management, and overall structure will enjoy an enormous competitive advantage.”

The report also said that “many corporate clients have insisted that they will no longer pay for first or second-year associates working on their matters on the rationale that they are not sufficiently experienced or competent to make a meaningful contribution”.

Reflecting the attitudes of cost-conscious clients but also “in an effort to hold their rising expenses in check during a period of limited demand growth”, the report said firms had “cut back significantly on their hiring goals for associates”.

The report found that “the only factor positively impacting revenue growth” in the decade since the financial crash had been the ability of firms to raise rates by 2-3% a year.

However, it was “at best an open question” whether continued reliance on rate increases alone to drive financial growth would be a sustainable model for the industry in the future.

The report said one of the significant changes in the last 10 years was the “effective death” of the traditional billable hour pricing model and the shift to “widespread client insistence on budgets (with caps) for both transactional and litigation matters”.

Researchers estimated that “genuine” alternatives to billable hours probably accounted for only 15-20% of law firm revenue, but budget-based pricing was “much more prevalent”, accounting for 60 to 70%.

“Like ‘rack rates’ in hotels, standard rates in law firms have effectively become nominal rates that are arbitrarily set and are almost never paid by any significant client.”

James W Jones, senior fellow at the Center for the Study of the Legal Profession and lead author of the report, said it had been “a difficult 10 years” for law firms and long-term challenges remained.

“Actions that have helped sustain firm financial performance over the past few years, such as expense controls and reducing the equity partner ranks, are not likely to be as effective in the future.

“Firms need to embrace a longer-term, fundamental shift in the way that they think about their markets, their clients, their services, and their futures.”