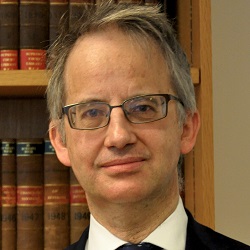 Two Commercial Court judges have expressed annoyance with parties for taking unnecessary points, with one imposing a costs penalty in line with recent guidance.

Mr Justice Foxton cited the practice note published in March by Mrs Justice Cockerill, judge in charge of the Commercial Court, which said the number of points and authorities parties were seeking to raise was “often – and increasingly – completely out of step with the hearing time listed”.

In PJSC National Bank Trust & Anor v Mints & Ors, Foxton J was ruling on costs having dismissed the claimant banks’ applications for permission to amend their particulars of claim and a summary determination of certain issues.

He identified two issues which should be reflected in the costs order. The first were the defendants’ witness statement, which he found “unsatisfactory in both content and status”.

He continued: “The statements appear to have been prepared with a view to saying as little as possible, with as little specificity as possible, and to avoid what it must have been obvious were the real issues…

“Statements prepared in this spirit are of limited utility to the court and have the capacity to generate both unnecessary disputes and unnecessary costs – not least because the process of working out how to say as little as possible can often be even more consuming of legal resource than the preparation of evidence which is appropriately forthcoming.”

The second was the argument that a Court of Appeal decision had been wrongly decided, an issue that was “never realistically open at first instance”.

Foxton J recounted that it was addressed at length in the parties’ skeleton arguments, was responsible for “a very significant proportion” of the 150 authorities cited, and was the main reason the hearing overran and required “so much ‘extra-curial’ judicial reading being required”.

This argument was “a good example of the type of issue to which Mrs Justice Cockerill was referring in the practice note, and I am satisfied that it is appropriate to take into account the unnecessary and disproportionate nature of that argument when making costs orders in the respondents’ favour”.

He reduced the costs of the two defendants who pushed the argument the most by 15% each and by 10% for the other.

Meanwhile, in Invest Bank PSC v El-Husseini & Ors, Mr Justice Andrew Baker hit out at the parties for racking up “unreasonable and disproportionate costs” for a preliminary hearing which involved an examination of the strength of the intended claims.

Despite knowing the exercise was summary in nature, the parties produced bundles of over 6,000 pages, nearly 160 pages of skeleton arguments and associated materials, and authorities bundles containing 142 tabs and over 3,600 pages.

The judge said: “The witness statements were improperly replete with argument, the documentary material was for the most part unopened to the court, and there did not appear to have been any attempt to follow the guidance in section F12.4 of the Commercial Court Guide that authorities bundles should only include authorities to which it was likely I would be taken at the hearing on propositions that were contentious between the parties.”

The costs of Streathers, Fladgate and Stewarts Law – representing seven of the eight defendants – were around £680,000, and the judge estimated that in all over £1m would have been spent on the hearing, after adding the claimant’s costs and those of the other defendant, which played no part in the hearing but still had a QC and solicitors attend.

Andrew Baker J said: “Even in the context of claims for c.£20 million, what I have just summarised is a disproportionate and unreasonable approach to the proceedings, wasteful of the parties’ and the court’s resources.

“It represents the kind of interlocutory battling that is readily explicable only by a failure to focus on what was sensibly required to do justice to any applications that might reasonably be pursued. It was unnecessary for matters to be dealt with so expensively.

“To the extent that serious points were raised, a properly focused effort to tackle them, keeping a careful eye on the summary nature of any assessment of the merits at this stage, and making sensible use of the guidance provided by the Commercial Court Guide, should have enabled them to be dealt with at much lesser cost.”