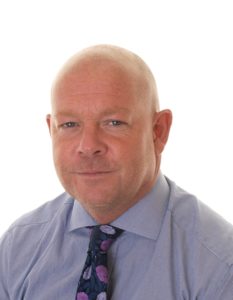 Spencer: “not afraid to break the mould”

Crawford & Company, one of the world’s biggest firms of independent loss adjusters, has announced that it is setting up an alternative business structure in the UK.

Based in Atlanta, Georgia, Crawford – which is listed on the New York Stock Exchange – has 27 offices in this country.

Crawford & Company describes itself on its website as “one of the world’s largest independent providers of claims management solutions to the risk management and insurance industry as well as self-insured entities, with an expansive global network serving clients in more than 70 countries”.

The ABS will be headed by Jason Spencer, formerly a partner at defendant personal injury firm Horwich Farrelly, and currently a director of Crawford UK.

A spokesman for Crawford said the move meant that the company could “employ its own lawyers to provide an end-to-end solutions for motor, casualty and property claims”, along with other specialist areas.

Clive Nicholls, chief executive of Crawford in the UK and Ireland, said: “The creation of an ABS within Crawford UK is a natural progression and one that enables us to diversify and broaden the scope of services we offer to the full range of markets in which we operate.

“It is imperative that loss adjusting companies evolve to meet the changing dynamics of the claims sector. Creating an ABS will allow us to support our clients with a genuine need for seamless, high-quality claims and legal service.”

Mr Spencer, who was a partner at Plexus Law from 2013 to 15 and before that at Hill Dickinson, said there was a growing need for innovation in the claims sector and “a demand from many parts of the insurance market for an aligned end-to-end solution for motor, casualty and property claims”.

He added: “We will not be afraid to break the mould in creating proactive solutions for the challenges ahead.”

Crawford said the ABS – once approved by the Solicitors Regulation Authority – would work closely with Broadspire UK, a Crawford company which specialises in outsourced insurance claims administration, and Ian Sutcliffe, its newly appointed managing director.