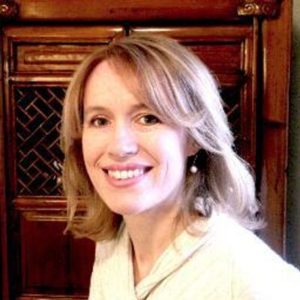 Professor Loughrey: one COLP’s firm “was always pushing the boundaries”

The first academic study of compliance officers for legal practice (COLPs) has found a “tendency” not to report regulatory failures to the Solicitors Regulation Authority.

Professor Joan Loughrey, deputy head of the University of Leeds law school, said one COLP even failed to report the theft of client money through internet fraud.

The professor said the study, based on in-depth interviews with 24 law firms, including 15 alternative business structures, found that the majority considered outcomes-focused regulation (OFR) to be a “more demanding form of regulation which requires greater thought”.

However Professor Loughrey said that while the “ambiguity” of OFR allowed for innovation and creativity, it also led to greater variation, with much depending on the attitudes of individual COLPs.

Speaking at a debate hosted by University College London’s Centre for Ethics and Law, the professor said: “We found a tendency to read down the regulatory obligations whenever COLPs were asked whether they reported breaches.

The professor described as “questionable” the failure of another COLP to report the theft of client money through internet fraud.

Her study uncovered evidence of COLPs at ABSs with mainly non-lawyer management struggling to get across the importance of following the rules.

She said two COLPs, one in a large firm, the other in a firm with three partners “reported problems in communicating what the requirements were”.

Professor Loughrey said that at the large firm, which had not previously been regulated, “there was a shock to the system when the managers were told they had to comply, and they didn’t want to”.

However, she said both COLPs “managed to get their agenda through”.

The professor said that where COLPs were not equity partners, it “made it easier for people more senior to challenge their authority and interpretation of the rules”.

She added that COLPS “appeared to be really nervous” about the consequences for them if the firm was found not to be compliant.

However, she said that the risk in not naming COLPs as responsible meant that compliance became “no-one’s responsibility” and “we saw that problem in financial services”.

The debate that followed Professor Loughrey’s talk was held under the Chatham House rule, so lawyers could give their opinions without being identified.

One head of compliance at a top City law firm said: “The COLP is more or less effective depending on the organisation. A powerful partner in a small firm could really change behaviour.

“How many COLPs in big firms are really looking at client confidentiality, for example in terms of use of the cloud by the IT department? How does the COLP know what the IT director is doing? Would it not make sense for a specialist to take responsibility for this?”

The head of compliance argued that “nobody has a duty to tell the COLP anything”, meaning that this was left to law firms’ internal policies.

He questioned whether junior lawyers would report small breaches to COLPs, if they were not under a duty to do so. Rather than reporting matters to the COLP, regarded by some as “chief snitch”, young lawyers were more likely to speak to their general counsel.

Another head of compliance at a City firm said the introduction of OFR had resulted in “absolutely no impact on my day job”.

She went on: “It has introduced more bureaucracy in requiring me to keep a log of minor breaches which are never sufficient to be worth reporting.”