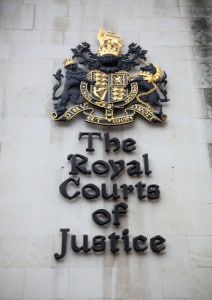 A solicitor convicted of perverting the course of justice for sharing information about police activities with drug dealers has won the right to a further appeal hearing on the issue of legal professional privilege (LPP).

Basharat Ali Ditta, jailed for three years by Liverpool Crown Court in 2013, was struck off last year by the Solicitors Disciplinary Tribunal (SDT), but that order gives him the right to a fresh hearing should his criminal convictions be overturned.

He was convicted for seeking information about a drugs investigation being carried out by the police and passing on the information to his clients Neil Scarborough, Suhail Vohra and Tahier Chand, who were then themselves convicted of conspiring to supply Class A drugs

After his conviction, Detective Superintendent Lee Halstead said Mr Ditta’s own cocaine addiction had left him “hopelessly compromised and vulnerable” and had turned him from “criminal solicitor to a criminal himself”.

In 2011, Mr Ditta had pleaded guilty to three charges of possessing cocaine at South Sefton Magistrates. At the time he was working for Forbes Solicitors in Blackburn.

His application to appeal was initially refused by a single judge, but he renewed it orally and the Court of Appeal this week rejected the first eight grounds of appeal and also the appeal against sentence.

However, delivering judgment in Ditta v R [2016] EWCA Crim 8, Sir Brian Leveson, president of the Queen’s Bench Division, said Mr Ditta’s ninth ground – which was added after the initial application – should be heard at a further hearing.

This concerned the way his original legal teams handled conversations and correspondences between the solicitor and his three clients, said to be protected by legal professional privilege

Sir Brian said Mr Ditta relied on LPP in his police interview and in his defence case statement, and on the basis of it, “declined to give any details of the various phone conversations” he had with the trio. “When he came to give evidence as part of his case, he adopted a different course and gave evidence about those conversations.

“That course has given rise to a ninth ground of appeal, to the effect that the trial was unfair and the convictions are unsafe, having regard to the course of events relating to LPP before and, more particularly, during the applicant’s trial.”

Sir Brian said the Court of Appeal was “unable to determine” whether leave should be granted on this ground without first hearing from Mr Ditta and his legal team, and had “therefore adjourned ground 9, with directions we have given, for a further hearing”.

Sir Brian said Mr Ditta’s appeal failed on all other grounds, and on sentence, which he described as “entirely appropriate”.

He agreed with the observations of Mr Justice Ramsay at a previous hearing that this was “a serious case of offending by a practising solicitor” and said the trial judge, Mr Justice Holroyde, had “correctly identified the mitigating and aggravating factors”.

Giving its verdict in SRA v Ditta (case no. 11060-2012), the SDT described Mr Ditta’s convictions as “the most serious misconduct at the highest level”.

The SDT went on: “It was difficult to imagine misconduct more serious than a solicitor using his position to pass information between arrested/detained co-conspirators to as yet un-arrested third parties. This was a gross abuse of the respondent’s trusted and privileged position.

“The respondent’s conduct was a serious and unacceptable departure from the standards expected of solicitors and was incompatible with him remaining a member of the profession.”

The tribunal ordered that Mr Ditta should be struck off and pay £5,200 in costs.

As part of the order, the SRA gave an undertaking that should Mr Ditta’s convictions for perverting the course of justice be quashed, the SRA would consent to an application to set aside the order and to a new hearing.