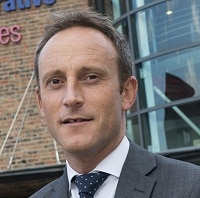 The slow recovery of Co-operative Legal Services (CLS) remains on track after it announced a “small underlying profit” of £200,000 for the first six months of 2015.

In the same period last year, the poster-child of alternative business structures recorded a £5.1m loss [2], which was attributed to a restructuring of the business. In the second half of 2014, it made a marginal profit [3].

The half-year results published yesterday said: “Legal Services made a small underlying profit of £0.2m in the first half of 2015 following a year of structural changes which resulted in an operating loss in 2014.

“We’ve focused on optimising processes and investing in technology and expect to continue to invest for the foreseeable future.

“With a defined plan and a renewed focus, we expect to make a profit for Legal Services in the second half of 2015. Working closely with Funeralcare and General Insurance, the business is driving forward the development of a range of products and services to better support the needs of our members and customers.”

In his introduction to the report, group chief executive Richard Pennycook said: “Among our smaller businesses, of particular note was Co-operative Legal Services’ return to profit in the first half of the year as it focused on its core family law practice.”

The annual report for 2014 described 2015 as “the foundation year for our legal services business”.

It explained: “We have planned investments in people, process re-engineering and our technology platform, to ensure we are offering our customers the products and services they require.”

Meanwhile, CLS has announced three senior appointments. Rob Heaton has joined as head of probate operations from NewLaw Solicitors, where he was head of operations; Sam Hickman becomes head of the family practice, moving from Clarke Wilmott; and Anthony Wilson will join next month as head of personal injury from 2020 Legal, the holding company of Camps Solicitors/Your Legal Friend.

CLS managing director Matt Howells said: “These appointments are a further step forwards as we look to build our business for the future. In addition to the investment we’re making in technology, the new expertise we’ve brought into our executive team will be invaluable in underpinning our ambition to best meet customer and member needs through a range of affordable and transparent services.”