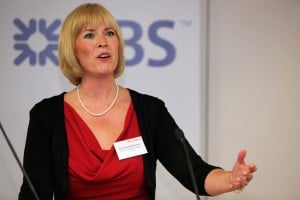 Blacklaws: not in the business of over-selling

Co-operative Legal Services (CLS) has refused to be drawn into a spat with QualitySolicitors over whether so-called ‘supermarket law’ offers an inferior service compared to high street solicitors, instead underlining its appeal to people who normally shun lawyers.

A Co-op spokesman added that in recognition of its growing importance to the group’s overall business, the legal services division would in future be led by a chief executive. Currently only the food and banking divisions are headed by chief executives.

The suggestion that supermarkets, along with other consumer businesses, provide “faceless and entirely remote” legal services was made yesterday by QualitySolicitors (QS) chief executive, Craig Holt, who was announcing a tie up with US-based online legal services provider LegalZoom. QS is to run an ‘anti-supermarket’ advertising campaign next month.

CLS – which already employs almost 300 lawyers and plans to recruit ten times that number of legal fee-earners in under five years – argues that its growing presence in the high street is a boon to local law firms because it will widen the market.

Responding to the jibe, a spokesperson for CLS said only: “We believe it’s vital to make it as easy as possible for people to gain access to justice. We are doing this by providing an innovative approach that will appeal to those who are currently reluctant to access family law services.”

Earlier, asked at the launch of the CLS’s family law arm in London whether its expansion plans would hasten the demise of many high street firms, its head of professional practice, Jenny Beck, replied that it was not the Co-op’s intention “to steal any work from anybody or to close anybody down”.

By providing services to “those many, many hundreds and thousands of people who currently don’t go and see a lawyer because they are frightened”, the Co-op would grow demand for representation and so “be a benefit to all lawyers”.

Mr Wates said “there are lots of good lawyers out there who will be competing for this space”. The Co-op simply intended “to provide consistently great legal advice” and he predicted the mutual’s presence in the market would “raise the standards of the profession”.

Giving details of the new fixed-fee family law service, Ms Beck said telephone calls would be fielded rapidly by one of the 23 solicitors currently working at the Paddington headquarters. “Within three rings you will be speaking to a lawyer,” she said.

Christina Blacklaws, CLS’s director of family law, said that in extreme cases the service’s lawyers would work pro bono. The Co-op had a long tradition of supporting charitable causes and “it makes sense that we would be helping people out if there were cases that we felt really justified the support”.

Ms Blacklaws pointed out that all callers would receive an initial 15 minutes of free generic family law advice and that the CLS web site had “over 260 pages of family content” – which was consistent with the Co-op’s long-standing commitment to self-help. “We are not in the business of over-selling anything to anyone,” she stressed.