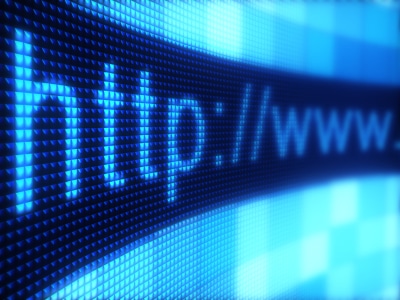 Claims management companies (CMCs) have been warned by their regulator not to use “misleading headlines” or “sensational language” in clickbait-style advertisements.

The Claims Management Regulator (CMR) also highlighted new restrictions on CMCs which came into force at the start of this month, banning them from charging fees on PPI and other financial claims before the claim was concluded.

The regulator said some CMCs advertised on third-party websites, along with social media and search engines.

“Although some of these adverts are operated and maintained by third parties on a CMC’s behalf, the authorised CMC is still responsible for the content.”

The regulator said all advertising should contain information that enabled the viewer to identify the CMC without clicking the advert itself.

“It should be clear who the advert relates to from the content displayed, for example a trading name of the CMC in the branding text of the advert.”

In its latest bulletin, the CMR said the new Conduct of Authorised Persons Rules, announced last autumn, came into force on 1 April 2018.

Under the new restrictions, which replace the 2014 rules, clients must not be charged fees prior to the conclusion of a PPI claim.

“Fees for any other financial products and services claims must not be charged prior to the provision of any regulated claims management services (excluding advertising for, or otherwise seeking out) to the client.”

The rules also ban CMCs from charging clients “where it is identified that the client does not have a relationship or relevant policy with the lender(s) for which a claim is submitted on their behalf”.

CMCs must ensure all charges are reasonable and provide clients with an itemised bill setting out details reflecting the work undertaken, and what the charges relate to where a contract is cancelled after the 14-day ‘cooling off’ period.

Clients must be able to cancel their contracts at any time, unless they come under the Damages Based Agreements Regulations 2013.

In a separate development, the Insolvency Service (IS) has said that two directors of Welsh CMCs, which made misleading sales calls and took unauthorised payments, have been disqualified by the High Court.

The IS said an investigation by the CMR found that Cerys had misled the public in sales calls on claims services offered, fees charged and cancellations.

“Services paid for by customers were not provided and fees were deducted from customers without their authorisation. Customers also complained of Cerys’ failure to issue a refund of up-front fees paid.”

Despite warnings from the CMR, Cerys failed to rectify the breaches, and voluntarily surrendered its authorisation to provide claims management services.

The IS said: “Following the closure of Cerys in March 2014, Ifonic acquired over 4,000 of Cerys’ existing clients and promised to honour the terms and conditions of their contracts including an assurance that all those due a refund of fees would be paid. Ifonic also entered a number of contracts with new clients.

“However, existing and new clients of Ifonic experienced similar problems to those at Cerys and submitted complaints to the Legal Ombudsman and the MoJ [Ministry of Justice].”

The IS found that, like Cerys, Ifonic had engaged in unfair trading practices. It too voluntarily surrendered its authorisation.