CMCs rake in over £6bn in past 10 years of regulation 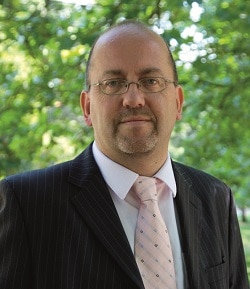 Rousell: industry was initially seen as like the Wild West

Claims management companies (CMCs) have earned over £6bn in the past decade, new figures from the Claims Management Regulator (CMR) have shown.

In a special anniversary report to mark 10 years of regulation, the CMR said that the number of CMCs had shrunk from a peak in 2011 of 3,213 to 1,388 in 2017, though “the rate of decline has slowed in the last two years as the market began to show signs of consolidation”.

Personal injury CMCs generated over £2.8bn since April 2007, compared to the £3.4bn earned by those operating in financial products and services. The next biggest of the six regulated sectors was employment, bringing in just £50m for CMCs over the decade.

The report went on: “While personal injury remains the largest claims management sector in terms of the number of CMCs in operation, the financial claims sector has superseded it for four consecutive years, generating more than twice the turnover of the once dominant personal injury sector.

“This is largely in part due to the PPI claims market, which has continued to be the largest and most active financial claims area.”

In his introduction to the report, Kevin Rousell, the head of management claims regulation, said the idea that the CMR would stay at the MoJ for over a decade, with its “extended remit, a dramatic increase in claims activities and a workforce approaching 150 staff”, was “not in anyone’s original vision”.

Mr Rousell said he was “pleased to have had the opportunity to play a role in trying to bring order to and raise standards in an industry often likened to the wild west, at least initially, and to help ensure consumers with valid claims were helped and not hindered in obtaining appropriate redress”.

He predicted that a “perhaps even more challenging period” lay ahead, as regulation is transferred from the CMR and Legal Ombudsman (LeO) to the Financial Conduct Authority (FCA).

Meanwhile, the CMR revealed in February that it was investigating relationships between solicitors and CMCs after a “surge” in holiday sickness claims. The MoJ said earlier this month that it intends to introduce fixed costs for these claims.

In a report on enforcement for the period April to June 2017, the CMR said it had set up a “dedicated project team to monitor this sector closely” and deal with misconduct, whether by regulated CMCs or “those who are simply operating completely illegally”.

The CMR said the team would identify CMCs “using agents in resorts where face-to-face old calling is carried out”, address misleading marketing and ensure that CMCs did not put solicitors “in breach of their code”.

The CMR said that 40 regulated CMCs had received “holiday sickness audits” in the past three months, six regulated firms had received warnings and two were being investigated.

A further 30 unauthorised CMCs had been visited and “appropriate action” taken, including the removal of six websites.

As far as personal injury CMCs were concerned, the regulator said it had audited 70, issuing “advice notices to those that were non-compliant with the referral fee ban”, and issued 16 warnings.

During the three month period, the CMR cancelled only two licences and issued one financial penalty.

Kevin Rousell is one of the speakers at PI Futures on 19 September in Liverpool, while holiday claims will be one of the issues debated. Click here for all the details.