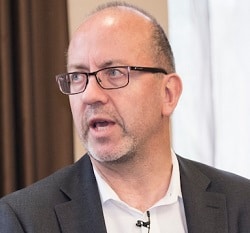 Claims management companies (CMCs) will have to be authorised afresh by the Financial Conduct Authority (FCA) before they can operate under the new regime, it has emerged.

Legislation is currently going through Parliament to enable the FCA to take over the job of regulating CMCs from the Ministry of Justice (MoJ) from either 2018 or 2019.

Speaking at last week’s PI Futures conference, Kevin Rousell, the Claims Management Regulator based at the MoJ, said there would be no ‘grandfathering’ of CMCs from the old into the new regime, although there was likely to be a transition period where they could continue to operate before re-authorisation took place.

He said the FCA would set the bar higher when authorising CMCs than it had been set 10 years ago when the MoJ started regulating them.

CMCs would also face a senior manager regime, making individuals more accountable for the actions of their firms – which he described as a “great step forward” – as well as tougher financial penalties.

Asked whether the FCA would be able to focus on CMCs given its many other responsibilities, he said that since CMCs had become “such a political issue”, it would be difficult even for a large organisation like the FCA to neglect the issue.

He predicted that the government would want to concentrate on getting the new regime set up before considering whether to bring credit hire companies and medical reporting organisations into regulation, as was suggested in Parliament recently.

Mr Rousell also insisted that there was no need for an additional statutory ban on cold calling, when there was effectively a ban in place already and solicitors knew they could not deal with claims that had been obtained by cold-calling.

“An additional statutory ban won’t have that much impact. Ensuring appropriate due diligence by CMCs and solicitors at the right time will make a difference.”

He said the government was not keen to introduce bans on cold calling “willy-nilly”. While it is banning cold-calling over pensions, Mr Rousell said this was because consumers’ money was involved; cold-calling for personal injury or PPI claims, while irritating, did not carry the same risks.

Also speaking at the conference, Chris Handford, director of regulatory policy at the Solicitors Regulation Authority (SRA), said it had prioritised cold-calling and was being “really proactive” over firms that took on cases procured that way.

He said that, over a four-month period earlier in the year, the SRA had received 65 complaints about cold calling, two-thirds of which were now being investigated, the rest having not made it past initial assessment.

He said warning notices had been issued and research had been carried out, along with a thematic review and visits to over 40 law firms.

“I’m disappointed to hear people saying information has been given to us and nothing done,” Mr Handford said, responding to one solicitor who said he had provided the regulator with detailed information about a cold-call and which law firm was lined up to take the case, only to hear nothing in return.

“We’re not always good at communicating with the people who give us information,” he acknowledged.

He added that the SRA had “very moderate fining powers”, limited to £2,000 for law firms, and beyond that cases had to be referred to the Solicitors Disciplinary Tribunal, which was not always “very quick”.