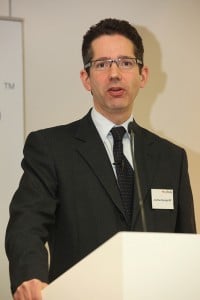 Claims management companies (CMCs) saw a 33% increase in turnover to £774m last year, but standards are plummeting as they “fall over each other” to bring payment protection insurance (PPI) mis-selling claims, their regulator has reported.

The annual report of the Ministry of Justice’s claims management regulation unit said there was a 21% increase in turnover to £455m for CMCs handling personal injury claims, and a massive 66% hike to £313m for those processing PPI claims. The other regulated sectors generated £5m in turnover between them.

The rises came despite a 6% fall in the total number of CMCs to 3,007, in part due to increased enforcement activity by the regulator; 409 CMCs were either warned, suspended or cancelled in the year to 31 March 2012.

The regulator, Kevin Rousell, said his unit continues to face “significant challenges” in keeping the industry in order. “The response of the claims industry to the mass mis-selling of PPI has been on a similar industrial scale and that has brought with it a fall in compliance standards and increases in poor practices as claims management businesses fall over each other to get claimants’ business.

“All those operating in the claims industry have a responsibility to put consumer interests first but all too often consumers are treated simply as a commodity and their claims for mis-sold products and the like are presented to lenders in a commoditised format.”

He added that too many businesses also fail to co-operate sufficiently with the unit’s enquiries and investigations, “some using advisers to try to put obstacles in the way of legitimate enquiries”. Some 93% of the 9,131 consumer complaints received by the unit in 2011/12 related to CMCs operating in the financial products and services sector, mainly PPI.

Other ongoing tasks include working with regulators and industry bodies to clamp down on unsolicited text messaging, identifying businesses that take up-front fees and misleading marketing. The long-awaited ban on CMCs offering inducements to bring claims will come into force next April.

Justice minister Jonathan Djanogly said: “The key focus of the CMR unit is to improve consumer protection by driving malpractice out of the claims management industry. We also want to see tougher rules enforced on claims management companies and that’s why I am pleased to announce we are now introducing a complete ban on inducement advertising for this industry.”

The report acknowledges that the impending ban on referral fees in personal injury and the introduction of alternative business structures will have an impact on CMCs, but does not predict what this will be.