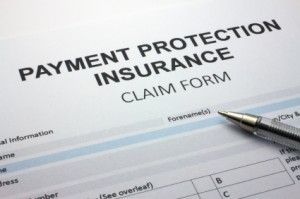 PPI: more than a million complaints in five years

The message that consumers do not need to use claims management companies (CMCs) to make complaints about mis-sold payment protection insurance (PPI) is not getting through, the Financial Ombudsman Service (FOS) admitted yesterday.

This was a “disappointing” result, FOS said, given that it continues to tell consumers that they do not need the help of a CMC. “Once again this year, we found no evidence that complaints brought by a claims manager were any more likely to be upheld,” it said.

Just 10 CMCs accounted for 40% of cases from this source, with another 500 CMCs bringing the rest.

Of those PPI complaints not brought by CMCs, most were made by the individual consumer, with just 1% by professionals acting on their behalf, such as lawyers and accountants, FOS said.

Though a record number were received in the past year, FOS said there were signs of PPI complaints levelling off. In total, the service has received more than a million PPI complaints over the past five years – most in the last 18 months. Despite having 2,000 staff working on them, and resolving nearly 400,000 in 2013/14, there are still another 400,000 active cases.

The annual report said: “Some claims managers have adapted their procedures to better represent the interests of their clients. But it’s disappointing that we still see examples of other claims managers making little effort to set out the details of their client’s complaint – and supplying only general information rather than specific details about the case in hand.”

FOS said it was referring CMCs to their regulator where there is “unsatisfactory or simply unreasonable” behaviour.

The annual report also recorded a 22% fall in the number of complaints about legal expenses insurance, from 907 to 707.