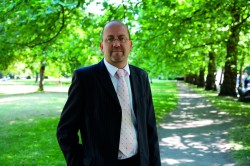 Claims management companies (CMCs) which break the rules now face potentially huge fines – of up to 20% of turnover for those making more than £500,000 a year. Smaller CMCs can be fined up to £100,000.

Kevin Roussel, head of the CMRU, said: “These penalties are a key measure to tackle the companies whose bad practice plagues the reputation of the claims management industry and causes serious inconvenience to the public.

“Reducing malpractice will also help to improve the reputation of those firms who do adhere to the rules and provide a good service to consumers.”

“We already take tough action against companies which break the rules, including shutting them down when necessary, but now we can make them pay them financially too.”

In a guidance note on the financial penalties scheme, the CMRU said fines were likely to be considered where breaches had continued despite previous warnings, and where detriment to consumers or third parties could be “clearly monetised”.

The unit said fines could also be imposed where action to vary, suspend or cancel authorisation of a business was “disproportionate under the circumstances”.

The CMRU said the level of fines would not be linked to individual breaches of the rules but to the “overall nature and seriousness of a breach or collection of breaches”.

The new fining powers were first announced by the Ministry of Justice in November 2013, and Mr Roussel has previously described them as the most significant addition to the CMRU’s armoury.

A spokesman for personal injury marketing collective First4Lawyers welcomed any action to “crack down on rogue and nuisance CMCs that give the industry a bad name”.

He went on: “I doubt they will be issuing penalties of hundreds of thousands of pounds or millions in some cases, as they have boldly claimed, because we know it is often the smaller firms that are driving the unsolicited calls and texts.”

The spokesman questioned how easy it would be to fine firms which masqueraded as “recognised and respectable”. He added that the vast majority of complaints were about CMCs working in the area of financial services, rather than personal injury.