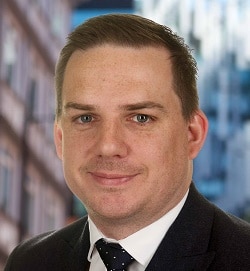 Cooper: We let the technology drive the process

A Cheshire claims management company (CMC) is training law firms on how to handle mortgage mis-selling claims, it has emerged.

The ME Group, set up by non-lawyer managers from Liverpool law firm High Street Solicitors, opened for business in September last year with only five staff. It has already expanded to 110.

Rob Cooper, director of regulation and compliance, said the ME Group had trained four of its panel of eight law firms in mortgage mis-selling claims. The firms had not previously covered this area of work.

“There are not enough experienced law firms to cope with the demand,” he said. “As part of our services, we provide a level of training or educational awareness.”

Mr Cooper said the ME Group based much of its work, including vetting of claims and marketing, on counsel’s opinions.

He estimated the potential number of mortgage mis-selling claims at around a million, while the ME Group would expand this summer into pension investment claims, which could reach a similar total.

Mr Cooper said the CMC had referred around 3,000 claims to its panel so far, having received around 30,000 inquiries. He said the ME Group was likely to more than double its staff to 250 by the end of this year.

He said the firm used technology to target potential claimants and analyse large quantities of data.

“We let the technology drive the process. We’re not asking for paper forms to be filled in. Our technology can trawl through vast volumes of data much more quickly than a fee-earner or legal executive.”

He said revenue at ME group reached £4.8m for the period from September 2017 to the end of March this year. By the end of the current financial year, he said this figure would have doubled, at the very least.

“We do not anticipate working with large numbers of law firms,” he said. “It’s about quality of service and a quality journey for the consumer.

“National firms are often conflicted because they work for big financial services firms. Some of the firms we work are small, with a niche focus, but looking to scale up.

“We’re here to work with incumbent players in the market. This is not about stealing market share from law firms. We are working with law firms and their customers to deliver a better experience.”

“We do no cold-calling, no texts, no emails and no buying of data. We use technology to analyse our customer base to work out the best place to put advertising.

“The technology validates prospective claims. Only at the point where we are satisfied that the client has a claim, are they offered the opportunity to be introduced to a specialist law firm.”

Along with the claims themselves, ME Group produces reports on claims to help firms preparing to launch proceedings and provides disbursement insurance.

He added that the ME Group did not rely on external investment and was entirely “self-funded” by its directors.