CMC which failed in its due diligence over text messages loses bid to overturn regulator’s £50,000 fine 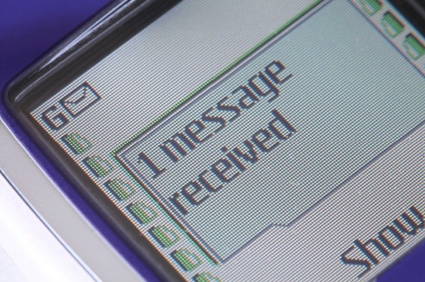 UKMS Money Solutions, based in Birmingham, argued that it had already been punished by the Information Commissioner’s Office (ICO), after it was fined £80,000 in 2015 for sending over 1.3m spam texts in only three months.

Rejecting the CMC’s challenge to the fine, Judge Peter Lane, sitting in the First-tier Tribunal, said the “only way” in which the penalty imposed by the ICO could be relevant to the levels of penalty set by the CMR was if it threatened the company’s continued existence.

However, Judge Lane said the CMR gave “specific consideration” to the effect on UKMS of the two penalties.

“It is clear from the turnover figure and the large sum of £466,695 paid as ‘consulting fees’ to the director of the appellant, that a further penalty of £50,000 would not be reasonably likely to result in the appellant going out of business for that reason. The company could cope.”

Judge Lane said the tribunal “expressly” endorsed the view of the CMR’s consistency panel that the seriousness of the company’s offence should be upgraded from low to medium, raising its fine from £20,000 to £50,000.

In relation to many of the calls, UKMS was unable to provide sufficient evidence that the recipients had opted in to receive them.

For example, some 600,000 records had been purchased from a company trading as ‘Buffalo’. UKMS’s own due diligence questionnaire indicated that Buffalo was unable to declare the source of all its data because of non-disclosure agreements.

Judge Lane said: “The appellant, we find, undertook nothing that could remotely be described as due diligence. The appellant took no proper action to investigate what was being done on its behalf by the various data suppliers, on whom it relied.

“That lack of diligence led, we find, directly to the breaches comprising the sending of misleading SMS messages.

“As we have already noted, the appellant has no idea how many of the 2.222m messages contained such misleading statements. This state of affairs is a direct result of the appellant’s failure to perform due diligence.”

One of them began: “EVER had loans or credit cards? There is a HIGH chance you’re STILL due a PPI refund! UKMS can check for you No Win No Fee.”

The tribunal found that there was “no substance” in the company’s argument that it was being punished twice for the same offence, in breach of the non bis in idem principle and the European Convention on Human Rights.

“In any event, the substance of the respective actions of the two regulators is distinct. It is plain from the materials relating to the Information Commissioner’s decision-making that his penalty was based on the sending of unsolicited SMS messages.

“The mere fact that the messages were unsolicited constituted the breach. The number of messages sent, over 2.2m, indicated its seriousness.

“By contrast, the [CMR’s] decision to impose a penalty lay, in part, upon the appellant’s failures regarding due diligence. The other part related to the misleading nature of the messages sent.”

Judge Lane went on: “The appellant sought to make much of the fact that the respondent could not establish that all of the millions of messages sent contained misleading content.

“That is true but it misses the point. Given the wholly inadequate systems operated by the appellant at the relevant times, there was plainly a real likelihood, at least, of these misleading messages being sent in very great numbers.”

The tribunal rejected most of the CMC’s appeal, but upheld it to the extent that the instalment payment provisions in the CMR’s decision needed to be changed, given that the original deadlines had already passed.