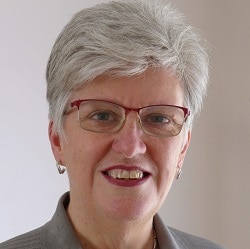 The Competition and Markets Authority (CMA) has hammered home its message of where legal services regulation needs to change as it begins a probe of the Scottish legal services market.

At the same time, the watchdog has made it clear that it disagrees with some of the main findings of the independent review of legal services regulation commissioned by the Scottish government, and said Scotland could learn from some of the developments south of the border.

The review by Esther Roberton, chair of Scotland’s NHS 24 telephone service, recommended a single regulator for legal services, that the term ‘lawyer’ should become a protected title that only qualified practitioners could use and that all legal professionals should operate from licensed entities.

In its response to the review ahead of the investigation, the CMA said it did not oppose the introduction of a single independent legal regulator for Scotland, but said its December 2016 market study of legal services in England and Wales “did not find evidence” that the costs of multiple regulators had “a significant impact on market outcomes”.

It continued: “However, we considered that the assessment might change in the future – and a regulatory model with fewer regulators might be preferable – if regulation were to focus on risk to a greater extent.

“We recognise that, given the differences between the legal services market in Scotland and in England and Wales, the assessment might be different, for example due to the smaller size of the Scottish market relative to England and Wales.

However, the CMA cautioned the Scottish government against having multiple regulators subject to multiple statutory regulatory objectives – as is the case in England and Wales – saying this “could impact on providers’ ability to meet in practice these objectives”.

The watchdog was also not keen on the review’s recommendation not to change the list of reserved legal activities for the time being.

“The CMA’s market study found that, in England and Wales, certain reserved legal activities are poorly aligned with the risks of providing legal services to consumers.

“For instance, consumer protection and public interest concerns appear to be less strong in relation to probate activities, reserved instrument activities and administration of oaths. As a result of the lack of targeted regulation, the least risky reserved legal activities are likely to be over-regulated.

“This has the potential to exclude low-cost and high-quality unauthorised providers from the sector.

“By contrast, other high-risk activities, for instance those involving handling of clients’ money (for instance, estate administration), are unreserved and thus in principle are under-regulated, so that consumers might not receive sufficient protection when using unauthorised providers.”

More generally, the CMA said, regulation should be “appropriately targeted according to the risk of an activity and able to balance effectively its impact in preserving wider benefits and protecting consumers with its impact on competition”.

It said an “optimal regulatory framework” should not try to regulate all legal activities uniformly, but should have a targeted approach, where different activities are regulated differently according to the risk(s) they pose rather than regulating solely based on of the professional title of the provider undertaking it.

The CMA warned that making the term ‘lawyer’ a protected title used only by qualified practitioners and requiring all legal professionals to work from licensed entities could lead to “excessive and disproportionate regulatory costs” and increase prices.

It has backed the Solicitors Regulation Authority’s move to allow solicitors to practise from unregulated firms from November this year.

“In our view, the review report does not provide compelling evidence of the detriment suffered by consumer because ‘lawyer’ is not currently protected.

“Furthermore, as noted above, regulation should be proportionate and targeted to risk. Therefore, we would advise the Scottish government to gather additional evidence of such detriment before introducing additional regulation to protect the title ‘lawyer’.”

The CMA noted that the Robertson review did not recommend that the Scottish government approve existing plans from the Law Society of Scotland for the regulation of alternative business structures (ABSs).

The CMA called on the Scottish government to go ahead with this as an “interim” measure.

It said concerns about risks associated with ABSs “did not materialise in practice” in England and Wales.

The CMA noted that the Robertson review had not made “any recommendations aimed at increasing price, quality and service transparency in the Scottish legal services market”.

Welcoming the Law Society of Scotland’s consultation on price transparency, the CMA said it was it likely that solutions to lack of transparency issues would be “similar to those identified in England and Wales”.

The CMA said its research would focus on “whether there is evidence of a lack of competition among legal services providers in Scotland, similar to the CMA’s previous findings in England and Wales”.

It would also consider “the benefits of independent regulation”, particularly in terms of competition and “whether there is any evidence of issues that have arisen in Scotland because of the current lack of formal separation between regulators and representative bodies”.

The CMA said it would publish its findings early in 2020.