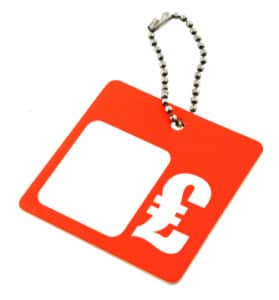 Lawyers who meet new standards of transparency over the price and service standards they offer could display a logo to show the public that they meet best practice, the Competition and Markets Authority (CMA) has suggested.

The detail of its 518-page report on the legal market published last Thursday showed significant concerns that the lack of transparency was leading to some consumers being overcharged.

The report said other qualifying criteria for the ‘transparency mark’ could include the systematic collection of feedback and publication of ratings through an independent third-party platform.

It would be available to all legal services providers regardless of whether or not they were regulated.

The CMA report said: “We are aware of the concerns expressed by some stakeholders about appearing to promote or legitimise the use of unauthorised providers from a consumer protection perspective.

“We do not share these concerns, provided consumers understand the nature of the service provided and the protections afforded to them. In our view, any scheme that encourages unauthorised providers to commit to transparency is likely to be strongly in consumers’ interests.”

Improving transparency to drive competition was at the heart of the CMA’s recommendations, which said the law’s regulators should draw up a new minimum standard for disclosure on price and the service provided, and develop and disseminate best practice guidance.

It said these should be the priority, and so did not make a specific recommendation to introduce a transparency mark, but said it could follow the adoption of such standards.

“A list of holders of the transparency mark should be freely available to third-party intermediaries and to consumers through regulatory databases and potentially the Legal Choices website.”

The CMA even suggested that once these standards were in place, regulators could collate, at least on a voluntary basis, pricing information from lawyers and firms, and publish them as part of their public registers.

The report was clear about the problems a lack of price transparency were causing. Research showing a wide range of prices for similar legal services depending on the provider, combined with the small number of consumers shopping around, “suggests limited competition in the sector. As a result, it appears that some consumers are paying more than they should for their legal services”.

A feature of this was that providers could “engage in price discrimination” and charge higher prices to those with greater willingness to pay.

While the CMA recognised that it could be difficult in some situations to give prices upfront, this was not the end of the argument.

“In our commercial law services case study, several solicitors told us that the nature of commercial disputes means that it is very difficult to provide an indicative upfront price and that an initial fact finding/advice stage is needed before an indicative price can be provided. In addition, litigation strategy is driven by the strategy adopted by both sides and there is a lack of knowledge about what the other side is likely to do at the outset.

“However, some cost [sic] lawyers told us that it is possible to provide a detailed budget early on in litigation by using precedents from other cases or based on accumulated experience. Overall, in that case study, no major barriers or risks were identified to providing relevant upfront price information.”

However, the report pulled back from recommending a requirement to offer fixed fees, recognising that “one size doesn’t fit all” – although it said that where firms said they offered fixed fees, they should be required to publish them.

If a provider charged on an hourly rate, “then a customer needs to know first what the rate is for the relevant member(s) of staff and secondly the likely amount of time recorded for a typical case”. Further, an explanation of the key drivers for complexity and/or time “might be necessary to provide suitable detail to allow a consumer to understand likely price”.

The CMA said in such circumstances “the use of illustrative scenarios may assist providers in providing useful and accessible information for both commoditised and non-commoditised services”.

It added: “We would expect that in making more price information available, providers will gravitate to providing fixed or scenario-based prices where possible as a simple way of presenting prices.”