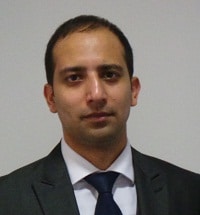 Hussain: aiming to lower the cost of smaller claims

Clinical negligence outsourcer 5R1 has announced its intention to become the first in its field to obtain alternative business structure (ABS) status.

The company offers a range of services from handling initial enquiries and case vetting, to taking statements from claimants and preparing reports covering the circumstances of medical negligence claims.

It currently operates as a claims management company, regulated by the Ministry of Justice, and is part of the Outspire Group, a legal process outsourcing consultancy. Since being set up in 2007, 5R1 has handled more than 50,000 clinical negligence enquiries for its 30 or so law firm clients.

Entrepreneur Sajid Hussain, who founded 5R1, said he was in talks with two law firms, two PLCs and an international private equity house over funding of the ABS.

Mr Hussain said there were certain services, particularly risk assessment, that could not be rolled out unless his company became an ABS. He said the aim was to make the ABS application in late August or early September.

Mr Hussain described law firms as “very afraid” of running certain types of medical negligence claim since the Jackson reforms, such as a case where the injury was clear but the damages might only amount to £5,000.

“Some firms have set vetting limits since Jackson of £10,000 or even £50,000 before they take on a case,” he said. “The other problem is that it is not clear how courts will approach the issue of disproportionality with medical negligence cases.

“We can streamline the process and reduce the costs so that certain cases, particularly smaller ones, can be run at lower fees. What happens at the moment is that law firms put the phone down and say ‘this does not fulfill our criteria’.”

Mr Hussain said specialist software had been developed by Clinical Connexx, which he co-founded, to enable tasks to be done “in a click” which had previously taken lawyers hours.

He warned that lots of law firms were “jumping into medical negligence”, leading to an unprecedented number of cases, but the NHS Litigation Authority was hoping to “squeeze lawyers’ costs”.

Mr Hussain said 5R1’s team of 28 staff, based in Harrow, handled around 1,200 enquiries a month from a dozen law firms. He added that 5R1 would make a further statement once its ABS application had been submitted.