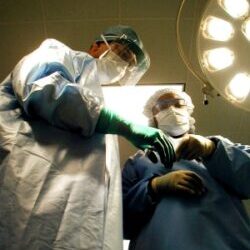 Small law firms could end up “falling or stepping away” from the clinical negligence market if fixed recoverable costs (FRC) for cases worth less than £25,000 are set too low, a report has warned.

The Association of Consumer Support Organisations (ACSO) said firms that stayed in the market would also be “less inclined to accept ‘borderline’ and complex low-value cases on the basis that it would not be commercially viable” to investigate them.

The Department of Health & Social Care launched a consultation on FRC last month, which followed a blueprint drafted by a Civil Justice Council working party to encourage pre-issue settlement.

Professor Paul Fenn, an adviser to the Civil Justice Council, estimated in 2017 that 64% of clinical negligence cases were worth less than £25,000.

In a report based on interviews with law firms, claimant organisations and the Law Society, ACSO said the main concern about the introduction of FRC was “their potential to erode consumers’ fundamental right of access to justice”.

Given the complexities involved in clinical negligence litigation and heavy reliance upon expert input, interviewees agreed that litigants in person would be “unable to pursue these types of cases adequately without substantial support and guidance from an experienced representative”.

The service was in danger of “becoming unaffordable”, resulting in an increase of claims from unskilled litigants in person.

“As such, any potential savings resulting from FRC could be outweighed due to the increased costs in practice of dealing with a higher volume of unfiltered and unmeritorious claims,” the report said.

“Moreover, the level of damages is not necessarily an indicator of the complexity of a case, with factual and legal complexities not always aligning proportionately to the damages claimed. The same legal costs may be incurred in proving a claim whether it is of low or high value.”

In this situation, cases could be conducted by “less experienced and qualified practitioners” in order to try and keep fees low.

ACSO acknowledged that FRC could have advantages in terms of speed of redress, certainty on costs and removal of secondary cost litigation.

It recommended promoting early rehabilitation, embracing technology and continuing to “engage and collaborate” with defendant lawyers.

Matthew Maxwell Scott, ACSO executive director, said: “FRC for clinical negligence has been on the government’s to-do list for seven years, but this proposed fix, while understandable in intent, will make it harder for lawyers to take on cases, meaning genuine victims may have no access to justice.

“The danger is that the government pulls the rug from under the injured claimant, rather than tackle a flawed system that is the root cause of negligence in the first place.”

Mr Maxwell Scott said that, while criticising lawyers made for easy headlines, “the approach has to be proportionate” and not push law firms out of the market altogether, reducing access to justice for injured people.

“Ministers say that simplifying the process, speeding up settlement times and making claiming efficient will benefit claimants, and we fully support that, but they have failed to acknowledge there are negative implications too from a slash and burn approach to the costs regime.”