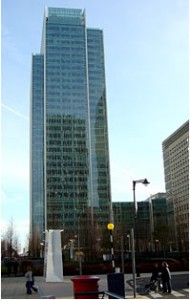 Global giant Clifford Chance is rolling out firm-wide training in Continuous Improvement (CI) methodologies as it embraces the concept of law as a process.

It has already reported increased efficiencies in several areas of operation, ranging from the compilation of transaction ‘bibles’ and document review to reducing the cost of regular asset disposals for a client.

Publishing a white paper on its experience of CI over recent years, Clifford Chance said that in the future even at the high end, where legal work is characterised by complexity, “it will become more project managed and process-driven”.

CI – which is akin to Lean Six Sigma principles – focuses on process improvement. “Put simply, it involves applying scientific rigour to determining the best approach to carrying out a piece of work,” the firm explained.

The white paper continued: “Almost any task that has a beginning, middle and end can be construed as a process, including the practice of law.

“However, the threshold challenge for applying Continuous Improvement in this industry is that lawyers historically have not been trained to look at the work they do as a process… Trainee lawyers learn by observing how more senior lawyers operate; the focus is on the acquisition of knowledge and expertise, rather than understanding the ‘how’ or ‘why’ of service delivery.

“The result is not a lack of process, but fewer fully standardised processes.”

But although it starts by focusing on repetitive or consistent processes, CI can also be applied to more complex transactions where problems are identified, Clifford Chance said.

The white paper said it was critical to bring all of Clifford Chance’s lawyers on board. “While about 450 associates and partners have already been involved in CI projects, we are now rolling out an ambitious training programme that will help all our lawyers to apply the techniques to their work.”

By the end of April, about 20% of the firm’s lawyers should have been trained, “with the ambition that all of our lawyers will be trained over the coming years”.

“This will involve an even greater focus on understanding the client’s particular requirements for each piece of work. We expect to see our legal teams increasingly incorporated into the client’s team, not as a supplier or external adviser, but as an integral element of the transaction.”

This may also drive “a fundamental shift” in the way law firms and their clients value and price legal services. “CI may have been a long time coming to legal services, but we fully believe it will become integral to how many private practice and in-house teams work over the next few years.”

Oliver Campbell, global head of business transformation at Clifford Chance, who runs the CI programme, told Legal Futures that the underlying steps of legal matters are more standard than might be anticipated and can often be mapped as a process without too much difficulty.

“The challenge is, therefore, not to design a new way of working but to ensure that it is adopted uniformly and doesn’t just become something that gathers dust on the shelf,” he said.

“In theory, adoption and ongoing monitoring of the new way of working would be the responsibility of a ‘process owner’ who promotes the new process, supports and monitors its adoption and provides feedback to the teams involved. But this does not easily fit with the organisation of our lawyer teams around clients and matters.

“In order to ensure our new processes are adopted, we seek to create a new ‘process ownership’ team independent of the deal teams. Although this is still a work in progress, we have had initial success with groups of senior lawyers taking on the ‘process owner’ tasks collectively.”