Consumers willing to work with wills and probate solicitors online 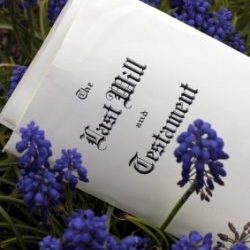 More than a third of consumers (36%) believe that video witnessing of wills is “a good alternative” to being there in person, according to a major study.

Almost six in ten also said they would be happy to have an online consultation with a lawyer or will writer rather than going to see them.

IRN Research said the pandemic had created problems for the wills and probate market “primarily because wills have not been able to be witnessed in person while a backlog has occurred in court hearings”.

They said answers to virus-related questions in this year’s survey showed that 59% “would be comfortable with a virtual consultation with their wills or probate adviser” compared to only 29% who would still want to see their adviser in person at a physical office.

Researchers said 36% believed video witnessing of wills was a “good alternative”, while 40% would be comfortable with online court proceedings if they were as effective as a physical court. Just 20% would want to see court proceedings continue in the traditional way.

The impact of the pandemic was also shown by the 4% of consumers who agreed with the statement ‘Covid-19 convinced me to make a will’.

IRN Research based its UK Wills & Probate Consumer Research Report 2020 on a survey of over 2,000 adults, 755 of whom had made a will. Consumers were asked about video witnessing of wills just after Parliament approved their use this autumn.

One thing that has not changed is the high proportion of consumers (50%) who still believe that “all will writers are regulated”, whether they are lawyers or not. The proportion has hardly changed from the 52% recorded the year before.

The use of the internet to find a will provider rose this year from 6% to 9%. Legal consumer review sites were used by 4% of consumers in 2020, an increase on previous years.

Researchers said that given the dominance of fixed fees in the market, with hourly rates accounting for only 10% of total fee income, “there may be scope for price comparison sites to increase their presence”.

Interest in online-only will writing services has steadily increased, reaching 53% in 2020.

Fees remained static, meanwhile: “Competition in the wills market is keeping fees for most wills at a relatively low level particularly as most wills are straightforward to prepare and advice on wills is often offered at a low price to encourage clients to sign up for other services or to tie clients into services for later in life or after death.”

Despite the low fees, over 88% of clients said they were either ‘satisfied’ or ‘very satisfied’ with the overall quality of service, while 90% were happy with explanations given about the will-writing process.

The proportion of consumers handling the probate themselves rose sharply in 2020, from 38% to 49%, which researchers said could be explained by the introduction of the Ministry of Justice online portal for straightforward probate applications.

It coincided with a spike in those finding the probate process complicated – 17% compared to only 4% in 2019 and 6% the year before.

Researchers said the pandemic “could be playing a part here” as deaths increased and probate could become a “sudden issue for some”, with the complication of incomplete wills or no will at all.

Almost a quarter of consumers (24%) said the absence of a will made probate complicated. This compares with only 8% last year and 18% the year before.