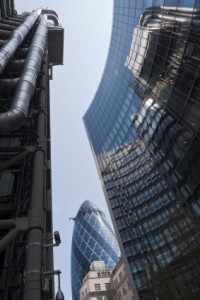 Corporate lawyers’ understanding of the concept of independence was “generally poor”

Increased risks accepted by commercial lawyers in an effort to please their clients could result in “law firm collapse”, a report for the Solicitors Regulation Authority (SRA) has warned.

Three-quarters of lawyers told researchers said they were “forced to accept more and more challenging terms of engagement with little room for discussion”.

The report found the increase in risks could be regarded simply as an reallocation of power between “sophisticated parties”, a matter of contract and negotiation and “of no proper regulatory interest” to the SRA.

However, an “equally valid argument” was that “systemic risk” was building up in the profession “which could, in due course, lead to significant liability, the risk of law firm collapse, and a resultant undermining of the strength of the profession (in terms of brand and perception) on the international stage”.

The report, by consultant Claire Coe Smith and Steven Vaughan, a senior lecturer at Birmingham Law School, was based on 53 interviews with corporate partners and other staff at 20 large commercial law firms – 15 UK and five US practice – together with five senior in-house lawyers.

All of the interviewees “discussed a shift in the balance of power from law firms to clients, represented by the way in which major corporates and financial institutions seek to impose their own terms of engagement on law firms”.

A minority of law firms “routinely” rejected terms they regarded as unacceptable and continued to be instructed.

Other lawyers complained that contractual provisions might be used strategically by some clients to “deny claimants representation from a tier of firms”.

Researchers went on: “It was suggested to us by a minority of our interviewees that law firms may be appointed to those panels, and made to sign ‘no sue’ clauses, where the client has little or no intention of giving that firm work.”

The report described lawyers’ understanding of the concept of independence as “generally poor”, with some suggesting they were not independent nor did their client expect them to be.

The “most worrisome” of the threats to the independence of lawyers highlighted by the report was “third-party payers seeking in some contexts to influence the behaviour of advisers to other parties” on a transaction.

“We have coined the term ‘shadow clients’ to denote the power that these third parties (commonly borrowers) have to choose which law firms act for other parties on their deals, and to dictate their roles.

“We were struck by the view of some interviewees of the role of the COLP as the ‘holder’ of professional values for the firm, and raise the question of whether such has the potential for individual lawyers to become less aware of, and less interested in, their own professionalism, professional identity and professional obligations.”

The report found a “lack of sophistication to the ways in which a number of our participating firms mitigate independence risks at more junior levels within their organisations”, and in particular a “lack of systematic training and development on professional obligations.”

Crispin Passmore, the SRA’s executive director for policy, said: “In the wake of the Tomlinson report and concerns around financial institutions’ influence over law firms, we wanted to test our understanding of City firms’ lawyer-client relationships.

“We seem to be seeing real pressure on law firms from clients, which makes it all the more important that the professional principles of independence and ethical practices remain at the heart of solicitors’ decision-making.”