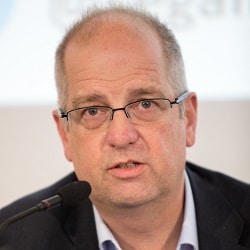 Miller: Risk that freelance solicitors might not have any insurance at all

Iain Miller, a partner at City firm Kingsley Napley, said freelance solicitors might operate as a group, through a “chambers-type model”, or on their own, perhaps as advocates.

Under the new rules being introduced by the Solicitors Regulation Authority (SRA) in November, a freelance solicitor – or what the regulator calls an ‘independent solicitor’ – will be a self-employed solicitor who practises on their own and does not employ anyone else in connection with the services they provide; practises in their own name, rather than under a trading name or through a service company; and is engaged directly by clients with fees payable directly to them.

“Will the fact that the other side has no insurance cover mean that your firm is more likely to be seen as having deep pockets by those making a claim?”

Freelance solicitors will not be covered by the SRA’s minimum terms and conditions of insurance and will need only to secure ‘adequate’ indemnity insurance.

Mr Miller said this created a “practical difficulty” which firms needed to think through.

He said the minimum terms were “quite onerous” for insurance companies, preventing them from avoiding liability where there had been failures to disclose or notify them in time.

He predicted that freelance solicitors would buy similar indemnity cover to other professionals, which may not provide the same safeguards. The amounts insured may be smaller than the minimum £2-3m required of law firms and policies might cover negligence but not other forms of civil liability.

Mr Miller said there was also a risk that freelance solicitors might not have any insurance at all.

“This is all new, and we don’t know how it will pan out, but firms will have to think about the circumstances in which they deal with freelance solicitors.

“It will be difficult for a law firm to say it will not deal with individuals who are covered by the SRA’s regulatory framework.”

Mr Miller suggested that the law firms may have to explain to their clients how a freelance solicitor on the other side was regulated, especially in terms of insurance.

However, he said the SRA had imposed “quite a restrictive set of circumstances” on freelance solicitors in the way that they could operate.

“Because we’ve not had freelance solicitors before, we don’t know how the market will develop or what sorts of individuals will decide this is the best way to practise.

“We have to separate the novelty of freelance solicitors from the risk. We all get concerned about things we have not encountered before, how they might play out and what the implications might be.

“The SRA has put restrictions on freelance solicitors, meaning that they are unlikely to become a huge part of the profession.”

An earlier podcast heard that there was a “huge amount of interest” among lawyers in becoming freelance solicitors, but they have been warned not to hand in their notice just yet.