Client wins JR over fees on offer to his barristers 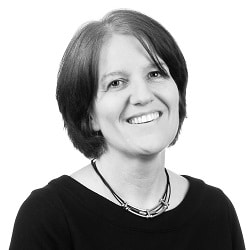 A man charged with a complex fraud has won a judicial review over the offer made by Legal Aid Agency (LAA) for the fees of his preferred counsel.

The High Court ruled that the LAA must disclose the “calculator” used to determine fees for very high-cost cases (VHCCs).

Setting aside the LAA’s final offer of £1.2m in fees to barristers Annette Henry QC of Furnival Chambers and David Miller of Red Lion Chambers in a complex property fraud case, Lord Justice Holroyde said the agency had made “significant errors” in its calculations, resulting in “serious procedural unfairness”.

Granting David Ames’s application for judicial review – in which the barristers were interested parties – Holroyde LJ said the court “cannot understand” why the LAA refused to disclose the “calculator”, having disclosed its existence to Ms Henry.

“It is apparent from the evidence that the inputting of data into the ‘calculator’ is a very important part of the LAA’s assessment of fees.

“Indeed, when one tries to carry out the exercise of comparing an increased offer with the preceding offer in order to see what difference the addition of further material has made to the calculation, it appears that the use of the ‘calculator’ may be the sole determinant.”

Holroyde LJ said advocates in VHCC were no longer paid under the old scheme, but under the interim fixed fee offer (IFFO) scheme, devised by the LAA, Ministry of Justice and Bar Council as “a solution to problems which arose in 2014 when barristers declined to accept instructions in VHCCs following a reduction in the rates”.

Holroyde LJ said that without disclosure of the “calculator”, references by the LAA to having taken account of the weight and complexity of the case were of “very limited value” because “there is no transparency about basic matters”.

The High Court heard in R (on the application of Ames) v the Lord Chancellor [2018] EWHC 2250 (Admin) that property developer David Ames was charged with fraud by the Serious Fraud Office (SFO), and made his first appearance at Southwark Crown Court in April 2017.

Mr Ames was accused of fraud in relation to the collapse of the Harlequin Group. It was alleged that 9,000 properties, with a total completion value of £1.4bn, were sold off-plan, and that deposits of £400m were received, but only 200 properties were built when Harlequin went into liquidation in 2014.

The LAA entered into a contract with Mr Ames’ solicitors, Cartwright King, in the summer of 2017, but no agreement was reached as to counsel’s fees.

Holroyde LJ said Mr Ames pleaded not guilty to all charges in November 2017, and a trial date of 7 January 2019 was set, but that date had been vacated and “as we understand it there is at present no fixed date for trial”.

However, a judge at Southwark Crown Court that month “with long experience of heavyweight fraud trials”, noted the feature “unique in his experience”, that the SFO had not seized any material from Mr Ames, so there was an “enormous amount” of defence material. He granted authority for a second junior barrister.

Following the hearing, the LAA increased its offer to £650,500, which the following month was increased again to just over £1m.

In their final written submission, the barristers argued that the case was unique, with a “volume of material estimated at nearly 100m pages, much of it defence material”. A final offer of £1.2m was made in December 2017, which they rejected.

Holroyde LJ granted permission for judicial review, finding that the decision was irrational as a result of “identified but uncorrected errors” and a breach of the duty of transparency and clarity and/or procedural unfairness in non-disclosure of the “calculator”.

He directed that the LAA’s final fees offer be set aside, a fresh decision be made and that the calculator should be disclosed.