Client paid off debts of solicitor he saw as “surrogate daughter” 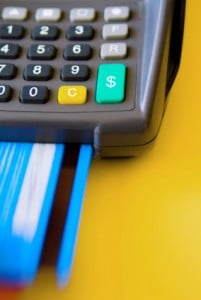 A solicitor has been fined £25,000 after receiving payments to help clear her debts from a client who viewed her as a “surrogate daughter”.

Sabrina Maini had “very foolishly” given the client her financial details, the Solicitors Disciplinary Tribunal said, even while telling him that she could not take his money.

He put £25,000 into her personal bank account and cleared £50,000 of credit card debts and loan repayments.

Though Ms Maini only repaid the money once the payments came to light – as a result of her building society reporting it to the Solicitors Regulation Authority (SRA), which in turn contacted her firm – the SDT acknowledged that she had been in a difficult position and that her conduct did not merit a suspension.

Ms Maini was born in 1977 and qualified in 2004. At the time, she was working as an assistant at Leicester firm Rich & Carr.

She had advised a Mr X on matters relating to his will for about 18 months. The tribunal recorded: “During a meeting with Mr X on or around 9 February 2017, [Ms Maini] told Mr X that her father had been detained in India five years previously, as a result of a legal dispute, and had had his passport confiscated so he could not leave that country.

“Mr X said he wished he could be her father as he and his [deceased] wife had always wanted a daughter.”

Ms Maini then gave him her personal telephone number – which she said she did “reluctantly” because he refused to leave without it – and he said he wanted to make her the sole beneficiary in his will.

He later asked for details of her financial position, which Ms Maini refused to provide, but eventually did because she was intending to remortgage and so had a summary to hand. She later admitted to the SRA that this was a mistake.

Mr X then made the payments; Ms Maini tried to return the money but Mr X would not accept it until he realised that it was causing her professional problems.

In his evidence, Mr X stressed that Ms Maini had told him that, in her position as a solicitor, she was not permitted to take gifts of any kind and even if she did, he would have to take independent legal advice to see if it was acceptable: “I said I would do that but in reality I never did take advice.”

He also reported that Ms Maini had been “really upset” when he made the first payment into her bank account.

“I feel I must emphasise at no time at all has [she] ever asked me for any money or asked me to pay off her liabilities.

“I took the responsibility for doing this because… I look upon [her] as my surrogate daughter and I wanted to save her from the need to remortgage.”

Mr X said he found it “offensive” that Ms Maini had to repay the money. “What father would not do the same if they had the means… To me, [Ms Maini] is my family and I should be allowed to treat her as such.”

The SDT said that she had provided her financial information to Mr X in the knowledge that he had previously paid significant sums to another woman whom he viewed as being like a daughter.

While there was no evidence that she actually knew what he would do with the information, there was a “clear and obvious risk” that he would make the payments.

This showed a lack of integrity and breached other SRA Principles, the tribunal ruled, and Ms Maini had also misled her firm by initially only admitting to receiving £25,000.

But it could not be sure that, based on her state of knowledge and belief at the time, she had been dishonest in doing so.

In deciding to fine Ms Maini, the SDT said her action in handing over her financial information was “spontaneous” as she wanted to get Mr X off her back.

“What occurred may not have been planned, but she acted in breach of a position of trust… However, once matters came to light, she came clean within a week. She had a previously unblemished career…

“The tribunal did not consider that there was any risk of repetition. [Ms Maini] had not in any way deceived the client, and the payments had been made good ultimately.”

The SDT said it considered a suspension, but “in the particular circumstances a fine would be the proportionate response”.