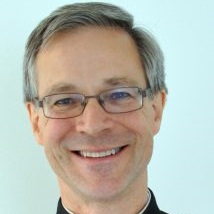 A client was prevented by the Limitation Act from suing a law firm for negligence when a fire destroyed her property, the Court of Appeal has ruled.

Lord Justice Newey said the limitation period began not on the date of the fire but when a lease and underlease were executed and the law firm negligently failed to obtain a guarantee or advise the client about the need for insurance.

Kelly Elliott leased the property in Grays, Essex, from her husband and immediately underlet it to Jamie Malster, her intention being to obtain a guarantee from Mr Malster’s parents for his obligations under the lease.

Newey LJ said the lease and underlease were executed in February 2012, but local law firm Hattens “by mistake” failed to name the parents as parties to the underlease and ensure they were guarantors.

The lease included covenants by Ms Elliott as tenant to insure the premises against fire but Hattens failed to advise her of the need to obtain insurance.

A fire broke out at the property in November 2012, which effectively destroyed the buildings on the site. Ms Elliott sued Hattens for negligence in April 2018, more than six years after the underlease was executed.

Newey LJ said: “If negligence on the part of a solicitor served to reduce the market value of an asset, the claimant cannot, in my view, defer the expiry of the limitation period by pointing out that he was not intending to sell it.

“Where a claimant can be seen to be ‘financially worse off’, because an asset has a lower market value, relevant damage will, I think, have been suffered whatever the claimant was intending to do with the asset.

“In the circumstances, I am in no doubt that Hattens’ failure to ensure that Mr Malster’s parents were guarantors caused Ms Elliott damage as soon as the lease and underlease were entered into and, hence, that her cause of action accrued at that point and is now statute-barred.”

Hattens appealed, arguing that although the firm had been negligent, Ms Elliott suffered damage “as soon as the lease and underlease were executed” and was “immediately in a measurably less advantageous position”.

Supporting the decision of HHJ Bailey, counsel for Ms Elliott argued that there was “no measurable loss” before the fire and she “did not suffer any actual loss or damage as a result of the absence of a guarantee” or of Hattens’ failure to advise on insurance until after the fire.

Newey LJ said this was a “flawed transaction” case, in that Ms Elliott would still have taken a lease of the premises and granted an underlease to Mr Malster if there had been no negligence.

“Had, however, Hattens not been negligent, Mr Malster’s parents would have guaranteed his obligations and, it is to be assumed, Mrs Elliott would have been warned of the need to insure and would have done so.”

Newey LJ said Ms Elliott’s lease “must have been less valuable because there was no guarantor in respect of the underlease she had granted and, for good measure, it was not within her power to remedy the deficiency without the cooperation of Mr Malster’s parents”.

The lord justice said an expert “could doubtless have put a figure on the difference”.

He said the failure to advise Ms Elliott on the need to insure should not be treated “any differently from the failure to ensure that Mr Malster’s parents became guarantors”.