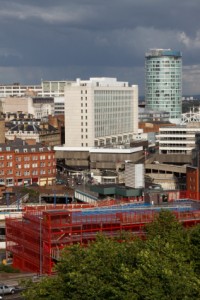 A Midlands law firm making a claim for fees against former husband-and-wife clients has successfully applied for their £2.5m negligence counterclaim to be struck out.

The court emphasised that a breach of fiduciary duty by a solicitor does not necessarily mean their entitlement to be paid is forfeited.

Leamington Spa firm Wright Hassall sued for £12,700 plus interest in unpaid fees for advice it gave George and Jane Horton in 2009.

It related to their dispute with investors in a company they had set up to exploit a novel desk that Mr Horton had invented. The company went into administration and its assets sold to another company set up by the couple, in which the investors were given majority ownership. Later, the two sides fell out, following which the Hortons consulted Wright Hassall.

The Hortons’ principal defence to the firm’s claim was for set-off of the fees against their negligence action.

However, HHJ David Cooke, sitting in the High Court in Birmingham, dismissed the counterclaim, rejecting arguments that said Wright Hassall should have provided better advice both over the effect of a Companies House document that Jane had filled out wrongly, and over a failure to provide advice over intellectual property rights.

As part of this, the judge ruled that consideration was not required for a patent to be legally assigned, a novel point.

The Hortons also claimed that the firm had acted in a conflict of interest because it had previously advised their company’s landlord, Midland Assured Homes, when agreeing the lease, which the couple had guaranteed. After the investors later moved the second company out of the premises, the landlord made a claim against the Hortons under the guarantee.

Though Wright Hassall had also acted for Midland when it forfeited the lease, it declined to act for Midland on the claim under the guarantee.

The Hortons were aware that Wright Hassall had acted for Midland and were told that there was no conflict as a different department had been involved.

The defendants accepted that “they suffered no loss from the claimant having failed to disclose any conflict and continued to act for Midland to the extent it did”, the judge recorded.

“They maintain nevertheless that the circumstances amounted to a breach of the solicitors’ fiduciary duty of loyalty and that this constitutes another ground for not paying their fees.”

HHJ Cooke said the authorities showed that even if there is a “breach of the special duty of loyalty… the authorities make clear that it does not automatically follow that any entitlement to remuneration is forfeit”.

This would usually happen in cases of dishonesty or bad faith, but there was no suggestion of anything so serious here, he said.

The judge said that at their highest, the allegations against Wright Hassall amounted to informing the Hortons incorrectly on first instruction that only the firm’s property department had previously acted for Midland, when a member of the insolvency department had done so; advising them to keep on the good side of Midland; and failing to decline instructions from Midland to correspond with the administrators about peaceable re-entry of the office.

In each case, the judge held that they made no real difference. “[The Hortons] knew that Midland was a client of the firm and that they were potentially liable under their guarantee and do not say that if given the full picture they would not have proceeded to instruct the claimant.

“They did not ask the firm to cease acting for Midland and so must have accepted that it could continue to do so. There was accordingly no breach of duty arising merely from the fact that the firm had two clients whose interests might come into conflict.” Further, there was no evidence that the firm did anything to adversely affect the couple’s interests, he found.

Advising them to keep on the right side of Midland, the judge said, “was no more than common sense, and is not suggested to have led to any specific action by the defendants. It does not in my view arguably show any disloyalty to the defendants or favouring of Midland”.

The re-entry, meanwhile, did not directly concern the defendants or have any impact on them, he added.

“At worst these matters amount to no more than trivial breaches of the claimant’s fiduciary duty, if they are breaches at all, which did not affect the performance by the claimant of its services to the defendants and had no adverse impact on them. They do not ‘go to the whole contract’ but were in Jacob LJ’s phrase [in Imageview Management Ltd v Jack [2009] EWCA Civ 63], matters of ‘harmless collaterality’.

“There is in my view no real prospect that the court at trial would find them sufficient to justify refusal to pay fees otherwise properly due for the advice the defendants sought.”