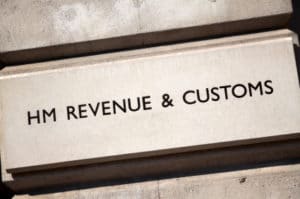 HMRC: duty cannot be passed to another party

A client cannot blame the failure of solicitors to send a land transaction return to the taxman so as to avoid a fine for late filing, a tribunal has ruled.

Andrew Oliver appealed against the flat rate penalty of £200 imposed on him for the failure to submit the return, the SDLT 1, within the 30 days allowed following a lease extension for a residential property. Instead it was received by HM Revenue & Customs (HMRC) 252 days later.

Mr Oliver apologised for the late submission and told the tribunal: “The return was for a lease extension on a flat that I own and I was advised by the freeholder’s solicitor, verbally, that they would do the return. However, it transpired that the solicitor wanted me to do the return and as soon as I was aware of this, I sent it to HMRC.

“So whilst I was aware that the return was late, I request that the mitigating circumstances be taken into consideration. In addition, given zero tax [was] payable, a proposed penalty of £200 is neither fair nor reasonable and unjustified.”

Tribunal judge Dr K Khan said he had sympathy with Mr Oliver. “It was his understanding that the forms were being submitted by the professional advisors dealing with the transaction and it was a fair assumption that matters would be dealt with competently.”

However, he continued: “The primary responsibility for the submission of the form was with the appellant, who had accepted that the form was filed late. He cannot rely on the inaction of the freeholder’s solicitors to defeat the purpose of the legislation and to provide a reasonable excuse.”

That there was no tax due on the transaction was irrelevant, as parties were obliged to file such returns even if no tax was owed, while the penalty was set down in statute.

Dr Khan added: “In transactions such as this one, most people use a solicitor or legal conveyancer to act on their behalf, but it is the appellant’s responsibility to notify HMRC and to pay any tax due. The appellant does not have a reasonable excuse if that responsibility is delegated to the vendors’ solicitors.

“It is unfortunate that the solicitors did not provide the forms within the requisite time to HMRC, but this is not an excuse available to the taxpayer. There is no explanation for the delay nor was any evidence that the taxpayer chased the progress of the SDLT 1 form with the solicitors to ensure it was submitted on time.”