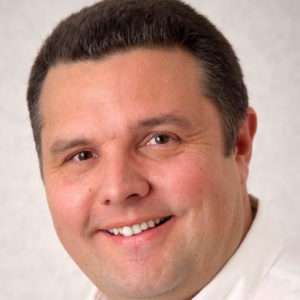 Ward: keen to harness the power of artificial intelligence

National direct access chambers Clerksroom is to offer clients pay-as-you-go video conferences with barristers by the end of this year, it has emerged.

Clerksroom has also won a place in the final of Disruptive Tech TV’s sales pitch competition – recruiting one of the judges as a client in the process.

Stephen Ward, managing director of Clerksroom Direct, said the service aimed to increase instructions from the current 10 a day to 100 a day “as quickly as possible”, though he acknowledged that this might not be possible to achieve in 2017.

He told Legal Futures that part of the plan was the introduction of pay-as-you-go video conferences this autumn. Mr Ward said the main challenge would be integrating video conferencing with the chambers’ card payment portal.

He gave the example of a client wanting an hour’s video conference on an employment matter with a barrister of five year’s call, for a fee of £150.

“All the client will have to do is fix a date and time with the barrister. They will be able to see on the screen how the hour is counting down.”

Mr Ward said Clerksroom was also keen to harness the power of artificial intelligence to give potential clients the “best possible” free advice on the website.

“If we can use AI on our website to give clients free advice, they will go on to use Clerksroom Direct,” Mr Ward said. “We get so many phonecalls from people who simply don’t know what to do. Why we would not want to do this for them, if we can?”

Mr Ward said there was “only one thing” stopping Clerksroom from reaching 100 instructions a day: the need to “get the message out” to the public that they could instruct barristers directly, without the need for a solicitor.

“That’s why we lapped up the opportunity to make our pitch on a TV show with 50,000 viewers a month.”

Mr Morgan asked the judges whether any of them knew that they could go directly to a barrister. None of them did.

However, Neil Cattermull, a director at Compare the Cloud, said he was “going through the legal process” at the moment and complained that his barrister’s fees were “inherently more” than his solicitor’s.

Mr Cattermull said he had questioned the level of fees being charged by his barrister, but did not attempt to compare them with other barristers because he “trusted his solicitor”.

Mr Morgan replied he should have tried to find a cheaper barrister. “Why would you not compare your fees?”

Another judge, Guy England, a director of Lenovo’s business enterprise group, said he saw a lot of “brokerage” websites on trades and professions, and asked what was unique about Clerksroom Direct.

Mr Morgan said Clerksroom had a conversion rate of inquiries into instructions of 64%, and was investing in the future.

Responding to a further question from Mr Cattermull, who asked whether Mr Morgan could find him a barrister if he needed a divorce, Mr Morgan said Clerksroom was the biggest of its kind in the market and “driving down prices” because barristers were quoting for work.

Mr Cattermull said: “I’m going to take your details before you leave.”

The final of the Disruptive Pitch competition will be screened by Disruptive Tech TV in March.