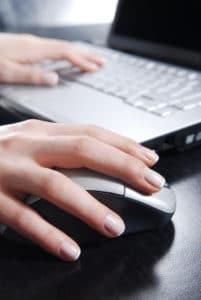 A clerk who handled cases for one law firm while being employed by another has been banned from working in the profession by the Solicitors Regulation Authority.

She worked worked for London firm Greenland Solicitors as a legal clerk until December 2014 and the following month joined Bates Wells & Braithwaite (BW&B) of Ipswich as a legal administrator.

There is also a BW&B in Sudbury and the well-known London firm now called Bates Wells Braithwaite – all were once one firm but are now standalone practices.

In February 2015, Ms Dakwa entered into an informal agreement to work for Greenland on client matters in the evenings at its offices.

She did not tell BW&B about this, even though her employment contract with BW&B did not allow her to have other employment without prior written permission.

Nearly three months later, BW&B discovered that Ms Dakwa was undertaking paid work for Greenland during office hours when she was meant to be working for them.

Despite this, she had submitted a time sheet to Greenland which suggested work had been done in the evening.

BW&B dismissed Ms Dakwa and reported her to the SRA. The agreement said: “Neither BW&B nor Greenland were aware of the fact that this work was being done using BW&B’s resources during time when she was meant to be working on BW&B matters.”

The SRA and Ms Dakwa agreed that a section 43 order – banning her from working for an SRA-regulated body without its permission – was an appropriate sanction.

The agreement said: “Ms Dakwa’s conduct makes it undesirable for her to be involved in legal practice because she did not tell BW&B what she was doing. It was reasonable for them to assume that during office hours she would devote her time to work solely on BW&B matters.

“Further, she led Greenland to believe that the work she was doing was in the evenings, as agreed, when that was not always the case.

“In originating and modifying documents for Greenland clients using BW&B’s systems, she did not respect clients’ confidentiality. The behaviour also continued for a sufficiently long period of time such that overall it is undesirable for her to be involved in legal practice except in accordance with the SRA’s permission.”

Ms Dakwa apologised for her conduct and in mitigation pointed out that she had not been the subject of regulatory action by the SRA before.