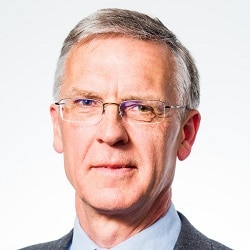 The Council for Licensed Conveyancers (CLC) is proposing to join the Solicitors Regulation Authority (SRA) in allowing its lawyers to use third-party managed accounts (TPMAs).

The CLC, which regulates both conveyancing and probate services, plans to put its new rules to the Legal Services Board (LSB) in August this year. If approved, they could be introduced in January 2020.

Solicitors regulated by the SRA will be allowed to use TPMAs instead of traditional client accounts from November this year.

The CLC said in a consultation launched this month that, unlike traditional escrow accounts, the money in a TPMA is held by the third-party provider in their name.

“The costs of using TPMAs are not yet known, but they would appear to offer practices the opportunity for more streamlined management of client funds, allowing them more time to focus on the other aspects of the transaction that are their specialisation and unique strength.”

The CLC said that since the money was not held by the lawyer or firm, it did not meet the definition of client money, so the CLC’s accounts code would not apply.

TPMAs would have to be regulated by the Financial Conduct Authority and/or the Payment Systems Regulator, have “mandatory safeguarding arrangements” and be able to demonstrate that they had suitable arrangements for implementation and monitoring.

The regulator has been examining the potential of TPMAs for some time. Last year, it was involved in a pilot that saw a payment processor take the place of conveyancers in handling the finances on completion day, in what was claimed as the UK’s first fully digital mortgage settlement.

The introduction of TPMAs is part of a package of reforms the CLC is proposing for its accounts code.

These include reducing the time limit for delivering an accountant’s report from six to three months, simplifying the code and changing the format of accountants’ reports.

Firms would have the freedom to move residual or ‘aged’ balances of up to £50, rather than the existing limit of £20, into office account where clients cannot be located.

A new rule would be introduced allowing the smallest balances, of up to £10, to be transferred to a nominated charity, without the need for prior consent from the CLC.

Simon Blandy, director of regulatory standards, said: “The CLC is committed to doing all it can to ensure that the right levels of consumer protection are in place while allowing those we regulate the freedom to innovate, compete and grow.

“Misuse of client money is one of the key risks to consumer protection. Effective mitigation of this risk continues to be a priority for the CLC.

“The changes we intend to make will provide greater clarity for CLC lawyers and practices, making sure there is a clear focus on the real risks to client money.”