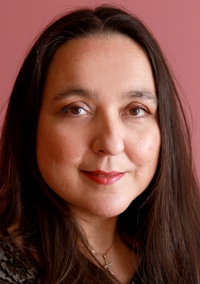 The Council for Licensed Conveyancers (CLC) has moved closer towards its goal of regulating specialist probate lawyers who do not have to be conveyancers.

Baroness Hayter, a former chair of the Legal Services Consumer Panel, tabled amendments to the Deregulation Bill in the House of Lords last week which would allow the CLC to regulate both individuals and firms for probate work only.

Sheila Kumar, chief executive of the CLC, said: “It seems a nonsense, and anti-competitive, to require a probate practitioner wishing to be regulated by the CLC also to qualify as a licensed conveyancer.

“Having a service base to regulation is not new, but it is clearly to nobody’s benefit to have to qualify and achieve a licence in an area that one has no desire to practise.

“As well as the anti-competitive nature of this barrier to entry, it also stunts growth and cuts access to potential clients, as well as imposing an unnecessary regulatory burden on the practitioner.”

Liberal Democrat peer Lord Wallace, the Cabinet Office spokesman in the Lords, said the government “welcomed the principles” behind the amendments and was “in full agreement” that restrictions on licensed conveyancers should be removed.

However, he said government had reservations about the “exact terms” of the amendments and wanted to “tweak” them.

Ms Kumar said she was delighted that ministers “accepted that changes to our statutory framework can be secured through the Deregulation Bill”.

She went on: “We will work with Ministry of Justice and Cabinet Office officials to finalise the wording of the amendments for third reading in the Lords so that we can secure the changes ahead of the dissolution of Parliament.”

As well as allowing specialist probate practitioners to be regulated by the CLC, the amendments tabled by Baroness Hayter would allow the body to continue to regulate probate work when the transitional period in the Legal Services Act ended.

Further, they would enable disciplinary appeals from the CLC’s disciplinary committee to be heard by the First-tier Tribunal, instead of the High Court, and give the regulator powers to immediately suspend licences when it intervenes into firms.

A spokesman for the CLC added that it was originally envisaged that the changes in regulation would be implemented under the Legal Services Act through secondary legislation, but they could be achieved “more quickly and with more legal certainty” under the Deregulation Bill.

The CLC launched a consultation [2] on the issue last summer.