CLC “disappointed” with ministers on future of regulation 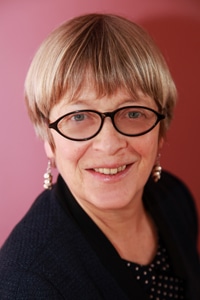 Bradley: government must not lose sight of the consumer interest

The Council for Licensed Conveyancers (CLC) has become the first body to express disappointment with the Ministry of Justice’s announcement last week that it would not be making any major changes to the framework of legal regulation.

The CLC said that secondary legislation could deliver much, but changes which already had the support of the Legal Services Board and the Ministry of Justice were being delivered at a “frustratingly slow pace”.

The regulator said: “We are surprised that a review under the Red Tape Challenge deregulatory agenda is not able to identify any measures that could be changed as part of a portmanteau deregulation bill.

“But even without primary legislation, the consumer benefits of further modernisation could be considerable. We need the active support of the Ministry of Justice to deliver the gains promised by the Legal Services Act.”

The CLC said it had been asking the ministry to “deliver faster progress in the consumer interest” for some time and was keen to support innovation in the legal services market.

Anna Bradley, chair of the CLC, said: “The CLC proposed changes to the regulatory framework that would not require primary legislation, but which do require the support and assistance of the Ministry of Justice and Legal Services Board, such as changes to professional indemnity insurance requirements to enable easier movement of practices between regulators and a review of compensation fund arrangements to secure better consumer protection.

“We are currently seeking changes to our own powers as part of the wider modernisation of legal services. Those changes have the support of the ministry and the Legal Services Board and require only secondary legislation, but the ministry has so far not been able to facilitate their implementation in a way that supports modernisation.

“As the only purely regulatory body in the legal services market, we urge the government not to lose sight of the consumer interest and the significant benefits to the economy promised by a modernised and reformed legal services sector.

“There are steps that can be taken without primary legislation but where the Legal Services Board or Ministry of Justice will have a role to play in building consensus for positive change. We are disappointed this opportunity has not been seized.”