Class action firm splits from US partner as it targets Brazil 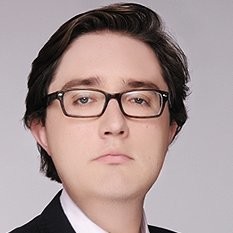 A class action law firm that launched less than two years ago in conjunction with a specialist US practice is now going its own way as it targets bringing Latin American cases in London.

What was SPG Law, which started in Liverpool and now has a London office too, has become PGMBM, which represents the first letter of each of the five partners’ surnames.

Managing partner Tom Goodhead explained that three of them were Brazilian lawyers – newly added to the partnership – and the firm is opening an office in Brazil. Regulations there require firm names to include their owners’ surnames.

PGMBM, which has 70 staff in England and a further 80 in Brazil, was created with backing from US class action firm Sanders Phillips Grossman.

Mr Goodhead said the pair have a joint venture in respect of certain cases but as SPG’s attention turned to Latin America, it made sense for them to separate. “We’re on fantastic terms,” he stressed.

He added: “What we found is that there’s a very large opportunity in the market in focusing on Brazil and the wider Latin American market for litigation in the UK and elsewhere in Europe.”

PGMBM is bringing one of the biggest claims ever in England and Wales, representing more than 200,000 claimants who suffered loss as a result of the Mariana Dam disaster in 2015.

Anglo-Australian company BHP, which operates in Brazil through a company called Samarco is the defendant. A jurisdiction hearing will be held in Liverpool in July.

Its work in Brazil has led it to take on a case in Germany against TÜV SÜD, a German industrial inspection company which granted the Brumadinho Dam in Brazil a safety certificate just months before it collapsed last year.

It is also acting for 1,584 Brazilian orange growers in a multi-billion pounds competition action against defendants from the UK and Switzerland.

The firm will still take on some UK cases, such as the latest vehicle emissions collective action against Mercedes, following the similar ongoing case against Volkswagen.

Mr Goodhead said the firm had a strong commitment to help those in Latin America obtain justice. “It’s not easy… we have some very ambitious lawyers who leave their families go to Brazil for months on end to work with rural communities. It’s a very different type of lawyering.”

PGMBM is actually a trading name of Excello Law, which offers a platform for law firms looking for someone else to take on the regulatory and administrative burden of running their practice, with the partners technically consultant lawyers of Excello.

SPG set up like this so it could up and running quickly, and Mr Goodhead said the firm would not have been able to grow as it has without outsourcing back-office functions like this. It might become a separate law firm in the future.

The barrister said a new collective redress opportunity arose “virtually every week” at the moment and there was no slowdown during lockdown – PGMBM is hiring “on a weekly basis” and had opened an office in London because it needed certain niche skills that were easier to find in the capital, such as competition specialists.

Marc Grossman, one of the US lawyers who set up SPG, is now owner of Milberg, a Peterborough-based alternative business structure that used to be known as Ferguson Financial Solicitors.

Whereas Ferguson used to help insolvency practitioners process mis-selling claims against financial institutions, Milberg is focused on UK collective redress cases, like the Volkswagen and Mercedes litigation, and the BA data breach.

Mr Goodhead said it would not be a problem to be in competition with a firm on one case where they were co-operating on another.

“One thing we’ve learnt from the US plaintiffs bar is that it’s very hard for one firm to bring a case forward – there’s plenty of room in this market and there needs to be cooperation between claimant firms.”