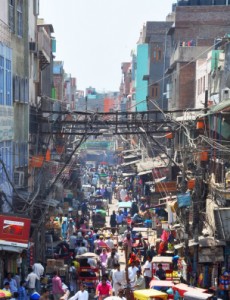 Delhi: lawyers for accused already making capital out of their representation

The Bar has clashed with academics calling for an end to the cab-rank rule over whether the problem of finding lawyers to represent the accused in the recent Delhi rape and murder case is proof of the rule’s continuing value.

The report, commissioned by the Legal Services Board and written by law professors John Flood and Morton Hvvid, said there was “no justification for the continuation of the cab-rank rule as a rule in the modern, globalised legal services market”, and argued it should either be applied as a principle to all legal services providers or incorporated in a broad non-discrimination rule.

In response, Andrew Walker QC, chairman of the Bar Council’s professional practice committee, said: “The cab-rank rule remains relevant… It ensures that even the most unpopular and antisocial are entitled to effective and independent legal representation by a barristers…

“The difficulties in securing representation for those facing accusations of rape and murder in Delhi shows its value in a liberal democracy. The Bar Council has no doubt that the rule operates in the public interest and in the interests of justice.”

The point was echoed by Baroness Ruth Deech, chair of the Bar Standards Board, who said that removing the cab-rank rule from barristers’ code of conduct would “send out a dangerous message”.

She continued: “The cab-rank rule protects barristers who take on unpopular causes and reassures the public that they are entitled to representation even if their case is controversial in nature. The rule has served the public and the standing of British law well for centuries [and] we have no evidence that it does any harm.”

The report’s authors argued that the publicity value of acting in unpopular cases was sufficient to ensure counsel came forward – and it had done so at least since the case of the Birmingham Six IRA bombers in the 1970s, when the Bar Council had to appeal for QCs to appear. “Indeed, the very opposite has occurred; the ‘worse’ the client, the more attractive and desirable,” they observed

In the Delhi rape case, the trial court’s barristers’ association, the Saket Bar Association, initially urged that its members should not defend the five alleged rapists. But the academics pointed out that by 13 January 2013, all five had secured legal representation through the efforts of relatives.

They concluded: “It is difficult to see if a cab-rank rule were in play in India, how it would be enforced. The longstop is for the court to appoint counsel for the accused. As is coming clear, the lawyers are already making capital out of their representation. The results have not been so different from what happens in the west.”