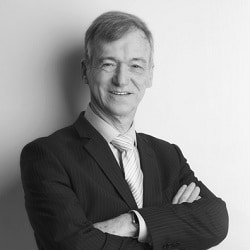 Sullman: No law firms or CMCs will want to take on sub-£5,000 small claims

A new claims management company (CMC) offering free use of an automated system to handle post-April 2020 personal injury claims caught by the Civil Liability Act reforms has been launched by the founder of Claims Direct, Legal Futures can report.

Law firms will not be paid for or by clients who use the system, but they will be entitled to take on those claims which fall out of the new portal. This could be because the value turns out to be more than £5,000.

Tony Sullman has also created the brand ‘CallBrian [1]’, which is being marketed in motorway service stations across the country, as well as on satellite TV. Some 1,500 adverts were tested on Sky last month at a cost of £250,000.

It too will offer anyone with a road traffic claim worth less than £5,000 after next April free use of the system, with any cases that fall out of the system handed out for free to panel firms on a cab-rank basis.

Mr Sullman said his company – legal financing business BMS Funding – would make money through referral fees with providers of medical reports and credit hire. The referral fee ban did not apply to such arrangements, he said.

Predicting that no law firms or CMCs would want to take on sub-£5,000 small claims and that the only way they could be run after April was by being “totally automated”, he estimated that 10-12% of cases could fall out of the new portal.

Mr Sullman said 17 firms have so far signed up to his new proposition. He said BMS already funded 2% of the RTA claims market, and projected that CallBrian could capture 10% and maybe more if nobody else was advertising for small claims. It also offers to pay the innocent driver’s excess, to be recovered from the at-fault party.

He is capping the panel at 70 firms – meaning an estimated 1,500-2,000 cases per firm per year – although this would increase if CallBrian brought in more claims than anticipated.

The system has been built over 18 months by Claim Technology, which won what Mr Sullman said was a tender involving 22 legal IT companies.

The platform takes direct instructions on a claim, carries out a compliant ID check, prepares retainer documents and sends automatic chaser messages to the client. In addition, medical appointments are automatically scheduled through the MedCo system.

Once the case has progressed, the system will prepare the stage-two settlement packs so the claim can reach completion.

In the event that an unusual circumstance means a lawyer’s advice is needed, the referring firms will have to provide that free of charge.

It is already up and running, and firms can use it for existing cases, reducing the amount of fee-earner time spent on them.

“We’re very confident that in a short space of time you won’t need 10 paralegals running your RTA cases, because it’s processing them,” Mr Sullman said.

Firms will receive the fee that goes with cases under the current regime, as well as a £150 payment for every successful case processed, as this is allowing BMS and Claim Technology to iron out any kinks before next April.

The CMC is called ‘CallBrian’ because Brian was the only one-syllable name attached to the word ‘Call’ that Mr Sullman could find where the .co and .com domain names were still available.

In 2009, he was disqualified as a director for seven years for his role at Claims Direct. Mr Justice Norris said: “It has… seemed to me that Mr Sullman’s whole approach to the business has been ‘What can I get away with?’”

His conduct included “adopting an artificial device in order to sustain an income stream which he knew faced a regulatory obstacle”; failing to disclose to investors various inherent risks to the business; and purchasing a business from a co-director for a consideration that was not objectively justified.

Mr Sullman insisted to Legal Futures that all of the actions for which he was criticised were taken on legal advice, adding that he raised his background at the start of relationships with law firms.

“If you’ve got a problem with it, tell me what your problem is…. If you don’t want to [work with me], then you don’t have to.”

He claimed he had yet to meet a law firm “that hasn’t been very pleased to see me”.

Interested in this topic? Then join us at the PI Futures conference [2] on 25 September in Manchester.