Claimant who exaggerated impact of injury not fundamentally dishonest 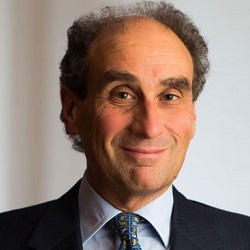 Jacobs: Exaggerations did not go to the root of the claims

A judge was right to find that a claimant who exaggerated the impact of a serious injury was not fundamentally dishonest, the High Court has ruled.

Mr Justice Jacobs said there was a difference between a claimant who it was accepted suffered a serious injury but then exaggerated its effects and someone who claimed to have suffered an injury but had not.

“If there indeed is a serious injury, and a claimant has been honest about that, then a court may readily conclude that a degree of exaggeration may not go to the heart of the claim, but would more appropriately be regarded (to use some of the words used in the authorities) as incidental or collateral or embroidery,” he said.

“By contrast, in a case where a judge dismisses a claim because the injuries have not been proved at all, then a finding of fundamental dishonesty may easily follow in a case where the claimant has asserted the existence of those injuries.

“The position will likely be similar if there is some injury, but it is not of any great significance, and the claimant has exaggerated so as to make it appear very serious.”

In Elgamal v Westminster City Council [2021] EWHC 2510 (QB), Marwan Elgamal, 22 at the time, suffered a knee injury while exercising at the defendant’s gym.

Liability was compromised at 65% in Mr Elgamal’s favour and, taking this into account, he was awarded damages of £125,000, with his hopes of a career as a stuntman over as a result. At first instance, His Honour Judge Murdoch in Northampton described him as an “extraordinary athlete”.

At the same time, there was surveillance evidence that showed Mr Elgamal was exaggerating the ongoing effects of his injury, HHJ Murdoch found.

But he added: “The claimant clearly in his evidence believes that he is disabled to a greater extent than I have found. He gave clear evidence that he was making adjustments to get into the car that were not visible to me.

“From his perspective he was not lying. However objectively he was exaggerating and so as a fact was lying.”

The circuit judge concluded that exaggerations as to the level of the ongoing disability “arising from a very serious base injury” were not fundamental to the case.

“They certainly did not result in a reduction in general damages to the level the defendant submitted or indeed anywhere near that level… The claimant was thus not fundamentally dishonest and my awards stand.”

Jacobs J said that if an individual “genuinely believes that the facts are as he represents them to be, then there can be no question of dishonesty”.

The defendant argued that the claimant must have known, for example, that he was putting on a deliberate limp when he met the medical experts, but the judge did not agree.

“Judges frequently hear from witnesses who have persuaded themselves as to the existence of certain facts, but where the judge takes a very different view. Such witnesses are not, or at least not necessarily, untruthful or dishonest,” he said.

“In the present case, the claimant had given a detailed explanation… as to why the surveillance evidence might seem to be at odds with some of the medical evidence. The essence of that explanation… was that the claimant was trying to adapt to his disability and live life as normally as possible.

“Accordingly, in my view there was evidence and argument before the judge which meant that a conclusion that the claimant was subjectively dishonest was not inevitable, and that the contrary conclusion was not absurd.”

Jacobs J said that, even if he was wrong on this, the dishonesty was not fundamental because it did not go to the root of the claim.

Where, as here, there has been a “very serious base injury”, the question as to whether exaggeration reaches the level of fundamental dishonesty “is likely to raise a more nuanced question depending upon the degree of exaggeration”.

The judge continued: “In the present case, it does not seem to me that the exaggerations alleged had an actual or potential impact on the claims advanced so as to move into the territory of fundamental dishonesty.

“Put simply, they did not go to the root of the claims whether viewed as a whole or individually.”